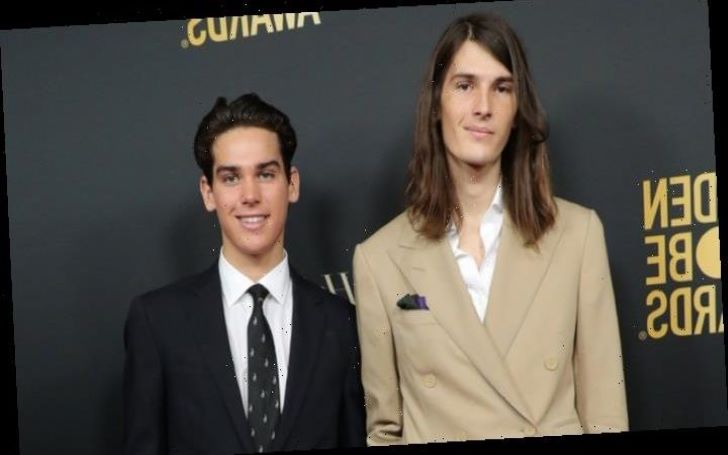 The Brosnan boys will be following in the footsteps of Idris Elba's daughter, Isan Elba, who served as 2019 Golden Globes Ambassador last year.

Paris Brosnan and Dylan Brosnan will be the first pair of brothers s to act as ambassadors for Golden Globes.

The 'James Bond' star Pierce Brosnan’s sons, who he shares with environmentalist Keely Shaye Brosnan will be the Golden Glode awards ambassador which was held last year by Idris Elba‘s daughter Isan Elba.

The Hollywood Foreign Press Association president Lorenzo Soria happily gushed about how Brosnan brother's achieved tremendous success in the fashion world and are following in their father’s footsteps in entertainment. She further added,

We’re excited to see how they’ll use this platform to contribute their talents to elevate the important issue of childhood hunger.

Well, Paris,18 is actively involved in social work as he traveled to Sri Lanka to make a short film about the efforts of the world food program just last year.

The ongoing work was being done in the South Asian island country by the UN World Food Programme (WFP) for child hunger.

Meanwhile, Dylan, 22 who is a musician in the band Raspberry Blonde, walked on the red carpet for Quentin Tarantino’s Once Upon a Time… In Hollywood with his dad this summer, and also appeared in Saint Laurent fashion shows in 2015 and 2016.

Besides, Paris who is a freshman at Loyola Marymount University’s School of Film and Television, walked in the Fashion for Relief show at the British Museum during London Fashion Week in September.

The honorary role was previously called Miss or Mister Golden Globe but was changed to Golden Globe Ambassador in 2017.