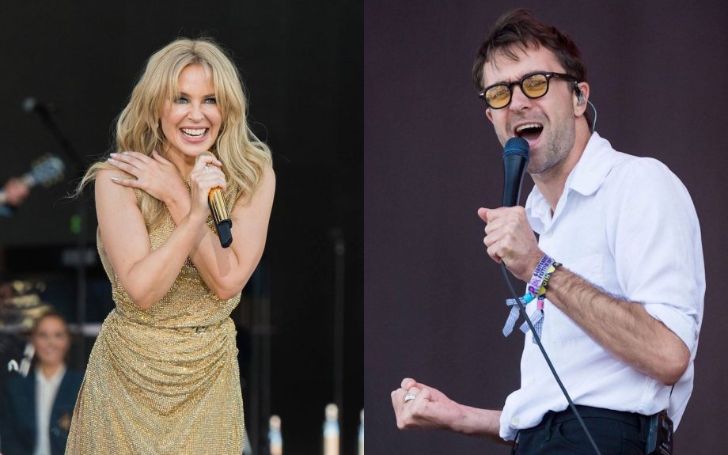 Pop star Kylie Minogue teams up with Indie Rockers for a new project.

Australian Pop Superstar Kylie Minogue who astonished us with her splendid performance at Glastonbury on weekends – joined forces with the indie rockers for their next film ' A Shaun the Sheep Movie: Farmageddon.'

Yes, our beloved Nickelodeon cartoon show 'Shaun the Sheep' is soon releasing its another part following 2014 sequel where Kylie will be heard with featured track ' LAZY'. '

At the UK, Glastonbury Music Festival, both Kylie and the Vaccines performed on Wednesday, July 3 with their new collaboration, "Lazy," and the new animated "Shaun the Sheep" film were announced together with a fresh trailer.

"Hey hey hey - vVv excited to tell u all that we have recorded a new song called LAZY with the incredible and inimitable @kylieminogue for the @aardmananimations new film A Shaun the Sheep Movie: Farmageddon. the film lands this October and u can watch the brand-new trailer by clicking the link in bio…! (sic)"

Besides, the 'I Should Be So Lucky' hitmakers launched their fourth album 'Combat Sports' back in 2018 and are shortly planning to release an album.

Apart from the musical news, the producing team unveiled that Youtube star Joe Sugg will be heard cameo the character of 'Pizza Boy' in the animated movie.

Related: Oscar-Winning Film Spider-Man: Into The Spider-Verse Is Now Available On Netflix

Stay tuned and connected to find the recent updates on the upcoming movies, Tv shows and your favourite stars.