Oscar-Winning Film Spider-Man: Into The Spider-Verse Is Now Available On Netflix 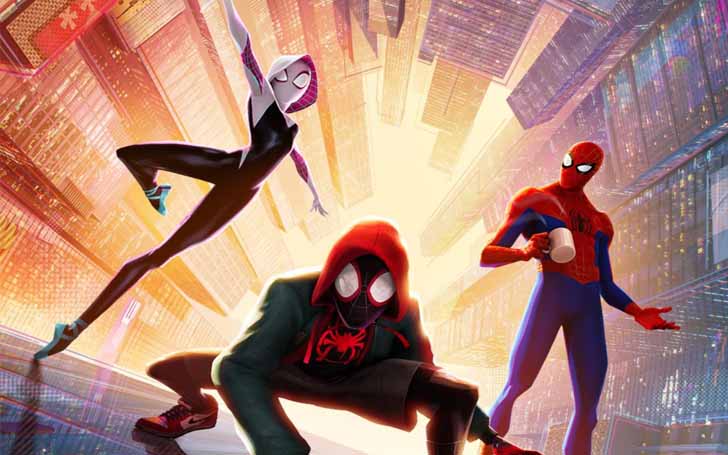 After wowing in the cinemas, Spider-Man is headed to Netflix.

Spider-Man is one of the most beloved characters when it comes to superhero franchises. Seven movies later, the character has had its ups and downs but last years animated film, Spider-Man: Into the Spider-Verse was probably one of the best superhero movies ever.

In an era where superhero movies and rap music are the new pop culture, it is hard to stand out in a crowded field of superhero movies especially when you are competing with the juggernaut that is Marvel Cinematic Universe. But last year Spider-Man: Into the Spider-Verse stood above all when it got its release to surprisingly rousing receptions on December 14, 2018.

Like the namesake of the movie, Spider-Man jumped from screen to screen after a strong showing at the box office with almost $400 million. But now the film is heading to Netflix, Spider-Man: Into the Spider-Verse got its release on Netflix on June 26 for however long a week or a month.

Both fans and critics extremely loved the movie which was awarded the Oscar for the best-animated film. Into the Spider-Verse followed not the Spider-Man of the movies, but 'Miles Morales'. Miles lives in Brooklyn with his parents, his father is a police officer, and his mother is a nurse.

While on a graffiti run with his uncle, Miles get bit by a radioactive spider and he gains the power of Spider-Man. Then 'Peter Parker' dies and Spider-Man from the multi-verse start appearing in 'Miles' world. The villain 'Kingpin', who murdered 'Peter Parker', is trying to build a device that will let him bring his dead family back. With multiple Spider-people fighting the same villain, it was one epic study in a kids journey to become a grown up. The movie, which started as a superhero flick turns into an uplifting story about acceptance, hope, faith, and self-confidence.

Watch: The first trailer for Spider-Man: Into the Spider-Verse

The story resonated so well with audiences that the directors talked about how they received messages about the positive impact the film had on moviegoers. Bob Persichetti said;

We were working so hard; we were very late in delivering them, so we didn't have a moment of pause before the reactions started pouring in. So it was kind of shocking to immediately go from the mix stage to a premiere and a release, but the positivity has been so incredible. There's one really good story that Rodney has, but I've got one that I shared with you from a father of a really good friend of my son who saw this movie and sent a really incredible DM to me about how he grew up in Brooklyn, how he was this sort of really nerdy somewhat cool kid who loved Peter Parker and saw this film with his son and was just talking about how if he had this when he was a kid how much this would've meant to him. And he was so happy to share it with his son. So for me, it's those moments that just make you go, 'Oh, this is wonderful.'

With messages like that and positive responses from audiences all over the world, it was no surprise when Amy Pascal, the producer of the movie, confirmed a sequel is currently in the works. She said, her team is hard at work, working on the sequel.

On a side note, Tom Holland also stated in an interview that he was also going to have a cameo in the Oscar-winning movie. He said;

Here's hoping we get to see Tom Holland and many more Spider people when the sequel of Spider-Man: Into the Spider-Verse hits theatres, a few years from now.

As for now, head on over to Netflix to enjoy the brilliant Spider-Man: Into the Spider-Verse for the fifteenth time.