home Entertainment Who is Rachel Skarsten Dating? Get Details About Her Relationship Status!

Who is Rachel Skarsten Dating? Get Details About Her Relationship Status! 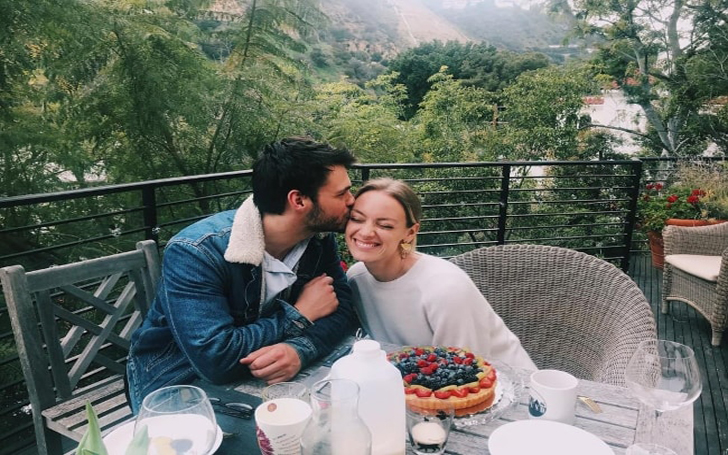 Rachael Skarsten was not looking to be an actress, but fate is a crazy thing, bring people into a situation they don’t think they wanted to be in. This was the case for Rachel; she was good at sports and wanted to become a dancer, but then tragedy struck, and she lost her father, during the memorial service, while she was singing, an agent took notice and asked if she would go for an audition.

This was the break she was given, and she made the best of it, working in a commercial and also trying to see her dancing dreams come to fruition after joining Claude Watson School for the Arts where she was proficient in dancing, but the actress suffered an ankle injury after which she gave up dancing.

While still in school she was cast in the leading role of series Little Men, but it wasn’t until she starred in the series 'Birds of Prey' she got her big break. The show only lasted for 13 episodes after sharp rating decline, but she made a name for herself on the show. But she also wanted to finish her education which resulted in the actress taking a hiatus from acting and moved to Canada to finish her education.

Born on 23 April 1985, the actress was 25 years old when she finished her education at Queen’s University in Ontario then returned to her old stomping grounds of Hollywood. It was a lot of episodic roles in series such as 'The LA Complex,' 'Flashpoint,' 'Transporter: The Series.' Then came the role in 'Batwoman' in 2019 but before we get into it all, there is one person who is also responsible for helping her reach her goals, her boyfriend.

Who is Rachel Skarsten’s Boyfriend? Are They Married?

For the most part of her career, there wasn’t anyone, in particular, she was special about; the actress was focused on her acting, her friends and family, which allowed her no room to find love or really commit to a relationship. There is career and there is finding love some people manage to find both but those are the lucky few, which is why career came first for Rachel.

But it all changed when she met Alexandre Robicquet for the first time and for the first time in her life it felt like love and work can co-exist because she was not going to let him get away from her. The first time we saw Alexandre make an appearance in Rachel’s life was on 27 February 2018 when they were seen cuddling on the couch in the morning. They probably met a little earlier than they made their Instagram debut together, but still, they found love together.

Whenever they post a picture of themselves together, the couple seems to be immensely in love with one another. There are pictures of them celebrating birthdays in beautiful locations and kissing in a coffee shop; there is just way too much affection for one another when it comes to the couple.

There is also one suspicious thing about the way Rachel wears ring, she wears a ring on her ring finger on her left hand, but we’ve got no confirmation of Alexandre proposing. But since 14 November 2018, the actress was seen with a ring on her ring finger sporadically, maybe a fashion choice but still extremely suspicious, maybe they are engaged and on the verge of getting married but until they confirm the engagement and announce the date, it is particularly hard to tell.

Rachel was a series regular in the past, but when she was hired to Alice in The CW show 'Batwoman,' it was by far the most high profile role of her career. 'Batwoman' is unique because the lead character of Kate Kane is lesbian in the show which is already breaking barriers and then the show is also making the who thing about ladies heroes and villains which brings a whole new dynamic to the superhero story.

Batman is AWOL, and Gotham is without a protector which results in Kate taking up the mantle of 'Batman' and becoming Batwoman. But when a hero appears, there will always be on the other side of the spectrum to test the mettle of the hero, and in Batwoman, Alice will be making her first appearance outside of the comics.

Watch: The first look trailer for the first season of Batwoman on The CW

Think of Alice as Batwoman’s Joker and she will slowly she will get the city of Gotham to lose its sense of security which will form the main conflict of the first season. The first season of Batwoman begins on 6 October 2019 with Ruby Rose playing the starring, titular role.

Before you leave, make sure to check out Movies & TV Shows to find out more about Batwoman and other exciting shows coming this fall. Also, make sure to click on Glamour Fame to get all the latest entertainment news on your favorite celebrities.