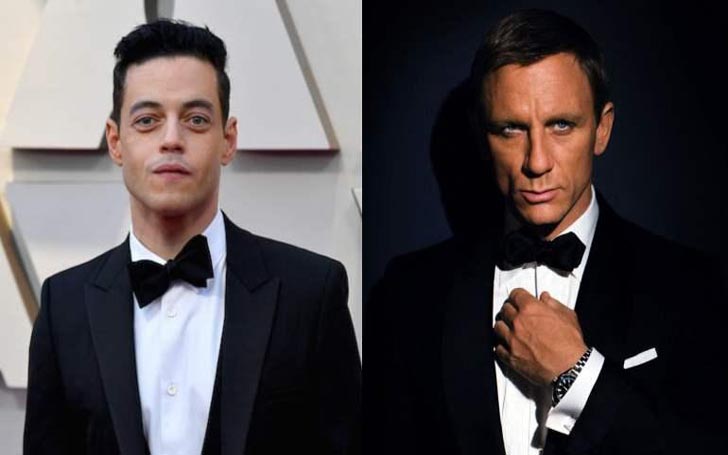 Rami Malek says he is a Bond Girl now after an incident which occurred on the set while filming.

Rami Malek is a lot of things, a talented actor, semi-good singer, Oscar winner and not it seems he is among the shortlist of ladies who were given the label of Bond Girl. According to the actor, after an incident on set, he is a Bond girl now.

Rami, as most of the people in the world know, is tasked with being a Bond villain in the upcoming 25th Bond flick, ‘No Time To Die.’ He is playing the character of the primary antagonist which is still to be named and to promote the movie the actor made a stop at the 'Late Show with Stephen Colbert' where he was talking to the host Stephen and decided to reveal an incident which occurred on the set while filming.

“We had a scene that was a very complicated scene and we were rehearsing for it with our terrific director, Cary Joji Fukunaga,” the actor was setting up the story. “And, we're sitting at a table over hours just batting about ideas back and forth. And we finally cracked this really challenging scene.”

Well, he got the attention of the host who was waiting for what Rami was about to reveal, you know the way Stephen gets a gleeful smile and waits for the bomb. The host leaned over and he was ready for it all but then the actor began and he was laughing hard.

“He grabbed me, picked me up—I can't tell if I initiated the next moment if it was him or I—but, a kiss transpired between the two of us,” Rami continued his story.

“I'm going to say that Daniel initiated it and I was very taken aback…I took a moment, caught my breath, and I looked out and said, ‘So, does this make me a Bond Girl?”

The actor was ready for anything, he’s been cast in movies and TV shows with many other productions but he was not expecting to be a Bond girl ever in the world. It was still an experience for the actor which he was looking forward to and now the actor thinks Daniel is the best Bond of them all.

“I was very much looking forward to [doing scenes with Craig]. He's my favorite Bond if I can say that.” It seems the cast and crew were involved in a lot of fun despite all the turmoil the production went through with the revolving when it comes to the writing and directing team.

Watch: The moment Rami Malek explains he is a Bond Girl

The movie just recently ended production and the filming was completed with Daniel giving an emotional and drunk speech to everyone after the announcement of the completion of the film. They cut a huge 'James Bond' theme cake and barring reshoots (which happens all the time) the movie is done and sent to the editors to tie up the film and get it ready for a release date next year.

After the movie wrapped production some images from the set of the film were also released with the people getting their first look of the first female and black 'James Bond.' Lashana Lynch was hired to play the role of 'Nomi' and the movie synopsis read, after the retirement of James Bond Nomi takes the designation of 007.

When a new threat rears its head into the world, an old CIA friend of Bond, 'Felix Leiter,' goes to find him in Jamaica after a new threat, played by Rami, starts the world on a course which needs all the capable hands on deck.

The new images from the set of the movie showed Lashana in full tactical uniform with earpiece and weapon at the ready. She seems to be ready to take the role of 007 and play the character in future movies which will be interesting to see. But all will be revealed when the 25th movie in the sprawling Bond saga comes to an end when 'No Time To Die' releases worldwide on 8 April 2020 make sure to get your tickets for the last time Daniel Craig will be seen donning the suit and riding the Aston Martin of James Bond.

Watch: The announcement teaser trailer of No Time To Die

Before you leave, make sure to visit Movies & TV Shows section to get more information on the upcoming 25th James Bond movie. Also, check out Glamour Fame to be in the know of all the happenings in the world of your favorite celebrities.