home Lifestyle What is 'Marrying Million's Rick Sykes Net Worth in 2020? Find Out About his Wealth and Yacht

What is 'Marrying Million's Rick Sykes Net Worth in 2020? Find Out About his Wealth and Yacht 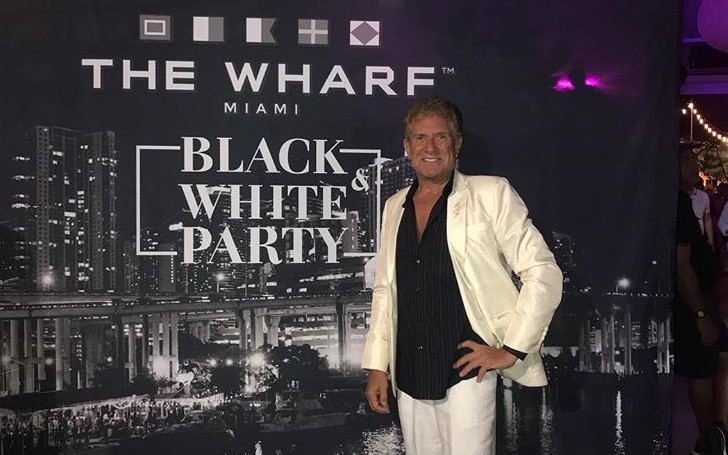 Here's what you should know about Rick Sykes' net worth in 2020.

Rick Sykes, a name you probably heard before despite he is just a business owner. Well, there's a very good reason why he is famous since you have come here, you know Rick is known for his stint on 'Marrying Millions.'

A show about where two extremely rich and from the completely different professions are introduced to thrown into romance. The docuseries showcase lavish lifestyles, party, and whatnot, but the question is, amidst all those bling-bling, can they actually find love? Well, guess Rick Sykes did.

We will come to Rick's love life in a while, but before that let's find out what is Rick's net worth in 2020? Let's find out how rich is Rick Sykes.

You probably are thinking about how this gentleman earns his money. Well, Rick Sykes knows his ways of making money. While many of can assume he just kills time on his yacht, we don't see him doing anything productive, how does he make money?

The lavish lifestyle of Rick Sykes. Rick Sykes has an estimated net worth of over $10 million.
Photo Source: Rick Sykes' Instagram

Exactly our point, he just makes money by doing things we absolutely thing he is worthless for. It's his business, Rick Sykes owns a yacht, and that's his money-making tool.

According to some sources, Rick Sykes has an estimated net worth of over $10 million as of 2020. Now that's a dream job or business for many of us. Rick has it all, love of his life, fame, and money, of course.

Rick is 69 years old as of 2020, but if you look at his lifestyle, he will make any person in their 30s run for their money and lifestyle. Rick likes to live a lavish life, with that much anyone would, but given he is almost 70, Sykes is energy is just unbeatable.

Rick Sykes is in a relationship with his girlfriend, Erica Moser, who is 46-year younger than her beau.
Photo Source: Rick Sykes' Instagram

He owns a yacht which makes him money and fame, but apart from his sea life, he is well updated on the latest fashion and trends for cars and bikes and other luxury items. According to some sources, he owns a latest model of Porsche and Harley Davidson, now can you match his energy?