home Entertainment RiFF RAFF's Net Worth In 2021 - The Complete Breakdown

RiFF RAFF's Net Worth In 2021 - The Complete Breakdown 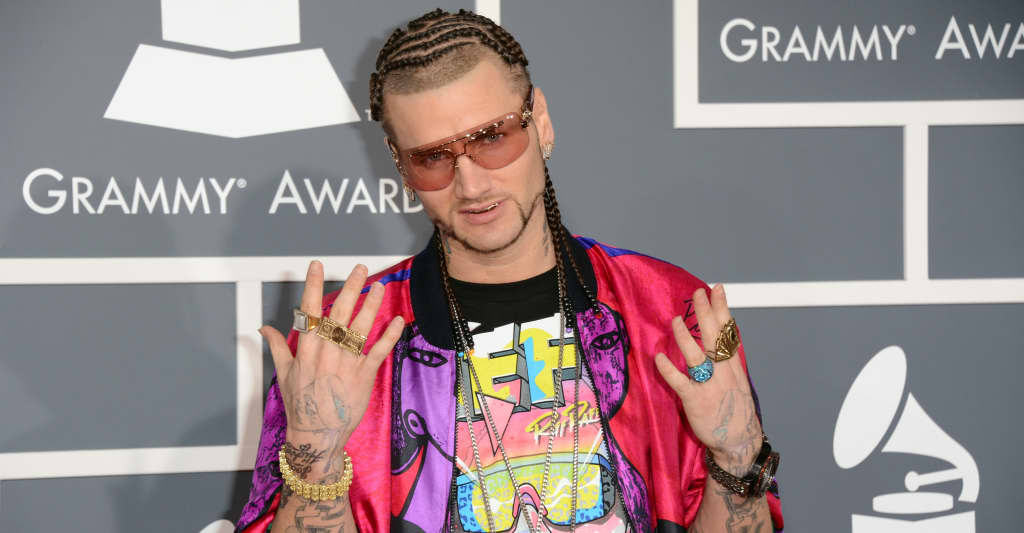 Complete Analysis Of Riff Raff's Net Worth In 2021; The Detailed Report!

Hip Hop/ Trap genre rapper, he became internet famous after getting kicked out from MTV makeover show "From G's to Gents" for being a troll. But getting booted off the show actually worked in his favor, he was disliked but famous, as they say, no publicity is bad publicity.

Horst Christian Simco, known as Riff Raff professionally, was born on January 29, 1982, in Houston, Texas. The rapper is the second of four siblings and holds a distressing and piteous past. Born to Anitta Isac, a maid, and Ronald Simco, a Vietnam war veteran with severe PTSD.

Check Out: Daniel Ek - Net Worth Details Of Spotify Founder

His foray into the music industry was a constant struggle for few years until his partnership with rapper Simon Rex in 2009. Continue reading to discover Riff's colossal net worth and his posh lifestyle today.

Starting with freestyle rapping, handing out home-recorded CDs in malls to taking advantage of social media platforms like Myspace and Youtube, to signing with Souljaboy's record label SODMG, Riff has come far and achieved big.

Simco's net Worth in 2021 is estimated to be a whopping $7 million in 2021, which is a big figure considering the Houston-born rapper has been laying low for quite a while now and is replaced by more relevant rappers.

In 2021, Riff's estimated Net Worth is a whopping $7 million.
Photo Source: Ticket Master

In an interview with the Faders, Riff's lavish but reckless lifestyle came to light. Coming from the rags, evidently and rightly proud of his success, the rapper gloats that his day starts with two, three shots of whiskey at 2 in the noon.

Don't Miss: Zack Steffen's Net Worth And Bank Balance Is Huge - All The Details

The Rise And Fall Of Riff Raff!

Riff's singles "Jose Canseco", "Marc Jacobs", gave the rapper a massive fan following, which only grew bigger over the years, with Riff's hits like "Larry Bird", and a number of mixtapes.

Riff Raff was accused of two sexual assaults back in 2018.
Photo Source: MTV

Collaborating with his counterparts like Gucci Mane, Rusko, Usher, Riff was a growing name until 2017.  In 2018, the rapper was accused of raping and molesting two women, charges that he was found innocent of in following years, but Riff's repute was already blown hard till then.

The first choice for the movie Spring Breaker(2012), Riff would have made it in the movie alongside Selena Gomez but lost the chance because of a personal reason, hence, he was emulated by actor James Franco.

Working his way for more money if not the same clout, which looks pretty out of reach for the rapper currently, he has collaborated with rapper Yelawolf this April and released seven-track Turquoise Tornado.

For those unaware, Riff has been consistently releasing songs despite his visible diminished fame and listeners. His new album too went unrecognized and was just another failed attempt in reviving his greater career.