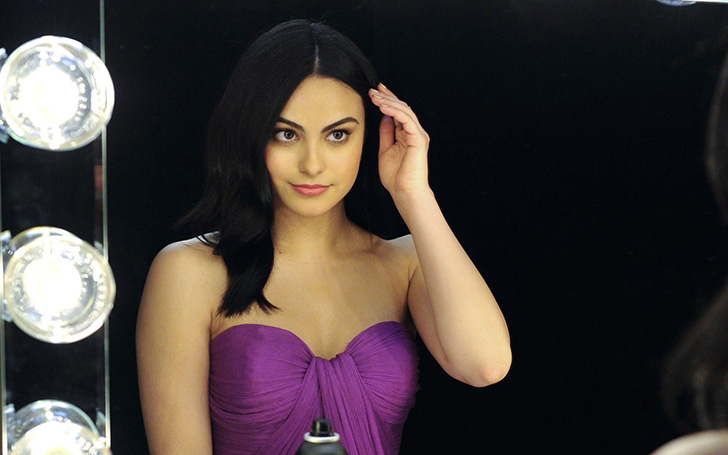 Riverdale lead actress Camila Mendes is currently trending among her huge fans and followers as she dyed her dark black hair with a new 'Light Brown' color.

Well, 24-years-old actress Camila Mendes narrates as Veronica Lodge from the original Archies Franchise. Camila shared a beautiful photo of her fancying her new hairstyle which was undoubtedly pleasing and captivating.

The foxy actress posted the photo from her official Instagram recently on April 15, along with the caption writing “7 hrs later” above her selfie mentioning her hairstylists. “Back to brown a la @ColorByMattRez” and “with a fresh cut à la @BuddyWPorter.” as an appreciating for her new looks. 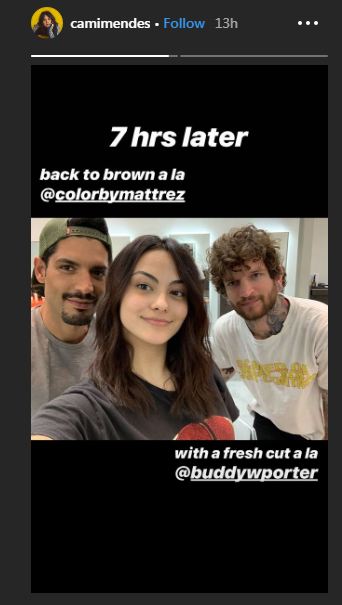 “If I’m in a salon until midnight, I’m glad it’s with these two.” I mean, who doesn’t get their hair done at midnight?" Mendes sarcastically jokes about their memorable haircut.

Well, seems like it was a fun midnight haircut which as Camina wrote took 7 hours to complete. Well, seeing the picture the Brazilian actress new looks is definitely stunning with her glowing looks.

However, this is the only photo the actress has shared with us so far in her new looks. So, for now, let's wait till Camina shows off her new ravishing looks with different outlooks and styles with the haircut.