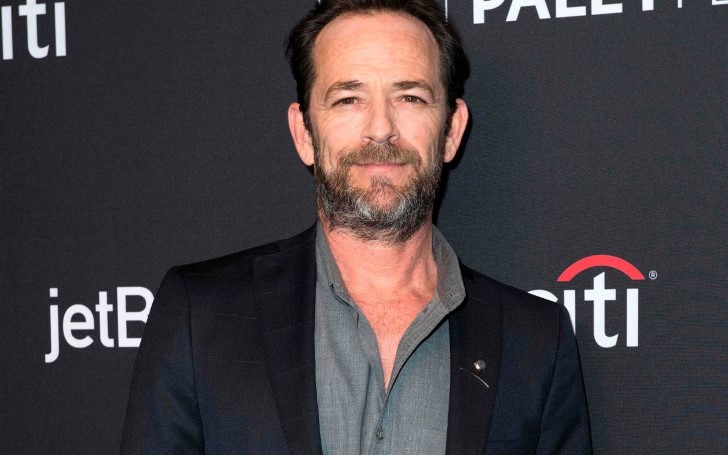 Riverdale paid a heart touching tribute to legendary star Luke Perry in the opening episode of the show.

Many of you might be unfamiliar with the legendary star Luke Perry. Well, he is an American actor widely known for his television series Beverly Hills 90210 and recently Riverdale, a series based one of the best comics back from the '90s.

Luke played one of the lead characters of Riverdale as Archies's dad Fred Andrews. The actor passed away on Monday contributing some crucial role in the series with Archie Andrew, his son played by KJ Apa.

In the memory of Late Luke Perry, the show will dedicate Perry's name along with his birth and death years. The actor's name will be displayed at the end sequence till the third season.

Subsequently, Roberto posted a photo of Luke along with the entire Riverdale team.

Going through pictures on my way to set. From the early days. With Luke in the middle. Our heart, always. Tonight’s episode of #Riverdale finds Fred doing what he does best--helping Archie. It is dedicated to Luke, as all episodes will be for the rest of our run. 💔❤️🏆 pic.twitter.com/Nx8iCFBoMe

Likewise, Aguirre posted the photo from his official Twitter on March 6 writing:

“Going through pictures on my way to set. From the early days. With Luke in the middle.”

The picture shows Luke standing along with the cast members holding a Riverdale High School banner. The actor was in a white T-shirt spreading his immense smile.

Find out exclusively: Tom Hanks’ Son Shared An Amazing Story About Luke Perry After Meeting Him On A Flight

Robinson told The Hollywood Reporter regarding the demise of the beloved actor:

Luke's demise definitely made us all very sad and emotional. The actor will always be remembered for the wonderful memories and moments he delivered throughout his 3 decades-long acting career. We pray for his beloved soul to rest in peace in heaven.