home Lifestyle Who is Robert Aramayo's Wife? Learn About His Married Life Here

Who is Robert Aramayo's Wife? Learn About His Married Life Here 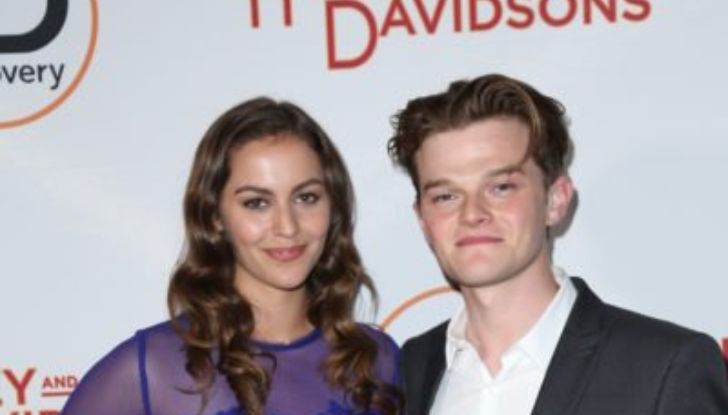 An English actor of Spanish descent, Robert Aramayo rose to fame with Game of Thrones. He played the young Eddard Stark in the famous HBO series. Born in Kingston Upon Hill, Aramayo's first step in his acting career began when he was seven as he played the role of Bugsy Malone in a primary school production.

By ten, Aramayo was performing three plays a year and had joined the Hull Truck Youth Theatre. Robert's lead role in Juilliard School's production of A Clockwork Orange got him his debut in Lost in Florence in 2017. Below we will look at Robert's life away from the silver screen.

Is Robert Aramayo Married or Dating?

Many have been interested in Aramayo's love and personal life in general after he starred in Netflix's psycho-sexual thriller, Behind her Eyes. But to his fans' dismay, Robert likes his privacy and hence, has his personal life intact and uncovered.

Aramayo has his priorities set, and a candid romance isn't one of them.

As of 2021, Aramayo is neither married nor dating. In addition, the actor doesn't have any social media account, which has made his life further unapproachable. Aramayo hasn't gotten much experience at on-screen romance either. He has mostly played in thrillers so far, like Antebellum, The Empty Man, Nocturnal Animals, and many more.

Aramayo may come off as a complete dork from the above-given description, but he is not. The actor has his priorities set, and a candid romance isn't one of them, especially so early in his outstanding career. His co-star Eve Hewson recently revealed that the two had become real-life BFFs.

No dating rumors or speculations have ever surfaced about Robert's love life in the past, let alone the actor going public with his significant other. Robert could be dating in real life, but his official relationship status remains single in the public domain.

Aramayo's name has been officially added to the leading cast of Amazon's The Lord of the Ring. Based on J.R.R Tolkien's epic fantasy franchise, Amazon has reportedly paid $250 million for the rights alone. Hence, everyone knows it's going to be big.

Robert has officially replaced Will Poulter in Amazon's upcoming The Lord of the Rings.

Reps for Amazon confirmed the multi-millionaire star in the role of young Beldor after Will Poulter reportedly exited the project. Although it isn't confirmed by Amazon yet, the show's other cast members are said to be Ema Horvath, Markella Kavenagh, Joseph Mawle, and Morfydd Clark.

Robert's thriller film Galveston received rave reviews back in 2018. In an interview with AM FM Magazine, he reflects on his character Tray in detail. When asked how he got into acting, Robert replies, "I’ve always been acting, all the time I can remember. The theater was my whole life."