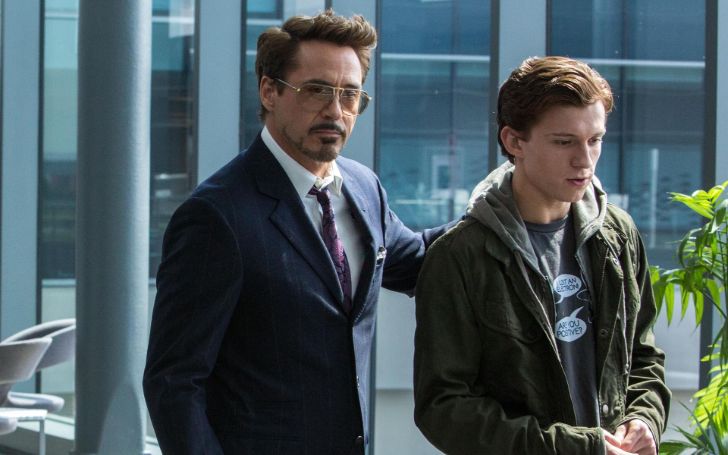 Robert Downey Jr aka Iron Man unleashes the Iron Dad in him as he does the sweetest gesture for Tom Holland's birthday.

The most loved Avenger, Iron Man aka Robert Downey Jr. never ceases to amaze his fans and this time he melted the hearts of many people through his sweet birthday message for his co-star Tom Holland.

MCUs two favorite characters, Iron Man and Spider-Man share the kind of relationship that has us all going awe over the two.

@tomholland2013 from “Underoos” to overlord, it’s been a thrill to watch you rise, and we’re all pretty darned glad u were born #happybirthday

Tom and Robert not only have good on-screen chemistry but also have a parallel off-screen dynamic which was witnessed during numerous interviews.

'Tony Stark' not just mentored the young 'Peter Parker' in the MCU, but also looks out for Tom like a friend and a father figure, just like how Iron Man or Tony Stark did for Spider-Man.

Tom Holland aka Peter Parker aka Spiderman has just turned the grand old age of 23 and Iron Man took to Twitter to wish his Marvel pal a happy birthday – and what a sweet message it was.

“@TomHolland1996 from ‘Underoos’ to overlord, it’s been a thrill to watch you rise, and we’re all pretty darned glad u were born.”

@TomHolland1996 from “Underoos” to overlord, it’s been a thrill to watch you rise, and we’re all pretty darned glad u were born pic.twitter.com/VGDIMfP8uL

this is the irondad-spideyson energy. i dont make the rules

Meanwhile, this won’t be the last time fans will see their most beloved actors together. Robert Downey Jr. (RDJ) is set to star with Tom Holland in 'The Voyage of Dr. Dolitte' which is being released in theaters in 2020.
want more?
Stay Updated Sign up for Latest News and Gossips.
-->