home Entertainment Who is Robert Herjavec's Wife? Learn All the Details of his Married Life and Kids!

Who is Robert Herjavec's Wife? Learn All the Details of his Married Life and Kids! 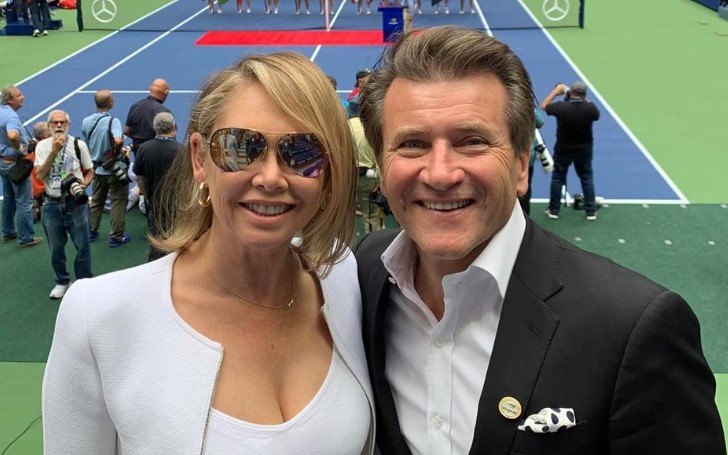 Robert Herjavec needs no introduction as he is one of the most successful businessmen of North America, who hails from Canada. Apart from his excellent business quality, he is well known as one of the hosts of the famous 'Shark Tank' - American TV Show.

The Shark Tank host, however, is not alone in his journey of successful businesses and life. He is very well accompanied by his wife, Kym Johnson.

Robert Herjavec, 57, is married to Kym Johnson, 43, on July 31, 2016. The two met on the set of 'Dancing with the Stars' in 2015, where the 57-year-old businessman was teamed up with the 43-year-old professional dancer, and that was enough for the two to spark the romance.

Also See: Omari Hardwick's Wife Jennifer Pfautch - How Many Kids Do They Share?

Kym, who is a professional ballroom dancer, born and raised in Australia, found an instant connection with Herjavec. Though in 2015, Rumer Willis and Valentin Chmerkovskiy won the title of season 20 of the 'Dancing with the Stars,' Herjavec and Johnson managed to win each other's heart. They decided to further their relationship after a year of dating.

The couple's relationship, however, was not very appreciated by the people as Robert and Kym were suspected of having extra-marital affair. The 'Dragon's Den' host declined the claims of his affair and said the the relationship between him and Kym was platonic before they met on the show, Dancing with the Stars.

Herjavec and Kym's love for each other is beyond any words.
Source: Kym's Instagram

That's not all though, some media outlets even stated Robert had a 'mistress', an actress by the name Danielle Vasinova. Vasinova publicly announced the two went through a bitter breakup following which the businessman cut off all the connection with her.

The Shark Tank host said he was going through a really tough time after his divorce and breakup with his alleged girlfriend, Danielle; his life was unimaginably hard, and then he met Kym. After the divorce, the North-American businessman popped the question to his girlfriend, to which the Australian professional dancer said yes, and two walked down the aisle.

Herjavec and Kym Johnson's relationship was not an easy one, but the two fight through it, and now they are still together and going strong.

To make their relationship strong, their twins play a big role. The couple welcomed their kids on April 23, 2018 (at 7.44 AM to be precise). The couple named their son 'Hudson,' and daughter 'Haven Mae.'

The couple could not hold their excitement after seeing their newborn, Kym taking to her social media wrote, "I never thought my heart could feel so full." She added, "We are so in love with our little angels."

Meanwhile, the now-couple found the way to their love and welcomed their kids in 2018. The couple lives in a lavish house worth $6.495 million in Hollywood Hills, Los Angeles, Calif.

For more information on TVs and Movies, and celebrities' lifestyle, stay tuned to Glamour Fame, and don't forget to sign up for the newsletter.