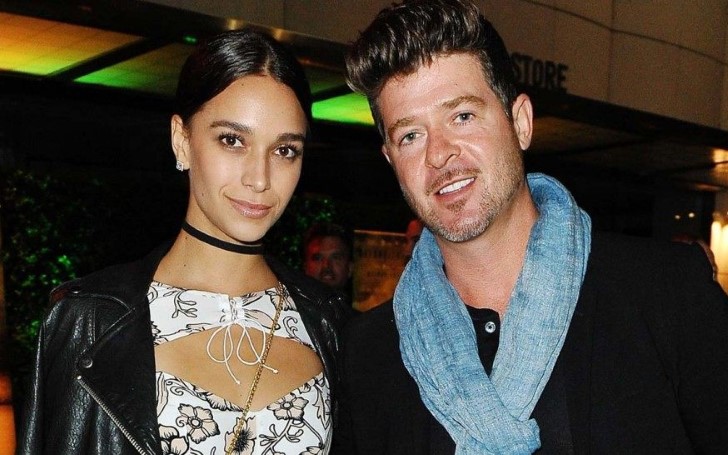 A Canadian-American singer, songwriter and record producer Robin Thicke recently proposed his 23 years old pregnant girlfriend April Love Geary. It comes as no surprise since the couple already shares a child together.

During a family dinner, The Blurred Lines singer got down on bended knee to pop the question. After being asked if he was being serious, April Love confirmed that she accepted. 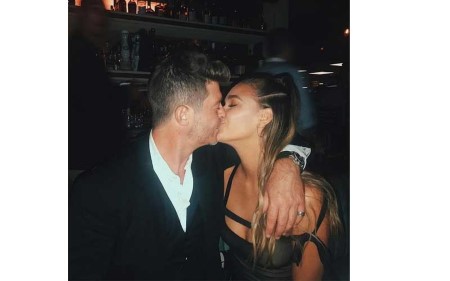 On 25 December 2018, the four-time Grammy nominee, Robin proposed Geary. On the same day, Geary posted a picture with Robin on her official Instagram.

Robin and Geary are together since 2016. There were rumors of an engagement in the offing after the pair posted a pic on social media of their matching tattoos on their wedding ring fingers.

The 41-year-old singer has a 10-month-old daughter with April Love, named Mia Love and the couple is expecting their second child on March 1.

With an 18 year age gap between the pair, they hit back at their critics previously, by posting on social media.

"We’re out here living while most of Y'all are still bothered by an age gap."

Before Geary, Robin was in a marital relationship with actress, Paula Patton. He began dating Patton at the age of 16 and eventually tied the knot in 2005.

The couple officially divorced in 2015 due to Thicke's infidelity, alleged abuse and drug use. They share an eight-year-old son, Julian Fuego.

"We're going streaking on the Quad!" Everyone's doing it

Later, Robin confirmed his affair with Geary. The couple first met in Cannes Film Festival together.

Although Robin and Geary share a child already, Robin only recently decided to propose pregnant Geary. It must be pure love though, with this Christmas Eve proposal being a present that will be difficult to top in years to come.