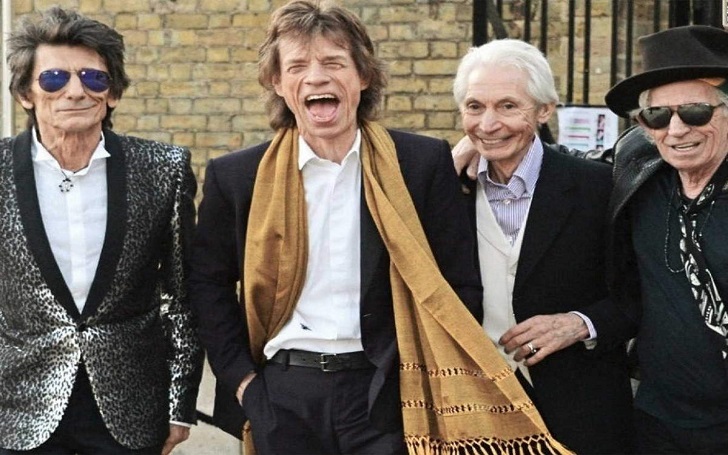 The Rolling Stone threatened to sue Donald Trump if he continues to use their song "You Can't Always Get What You Want" at his political rallies.

The Rolling Stones threatened legal action against President Donald Trump for using their song at his campaign rallies. Trump used The Rolling Stones's 1969 classic "You Can't Always Get What You Want" at his recent rally in Oklahoma, an indoor event criticized for its potential to spread the coronavirus.

The Rolling Stones threatened the president not to use their song "You Can't Always Get What You Want" at his presidential campaigning despite cease and desist directives.
Source: Variety

In a statement, British rock legends revealed that their legal team is working with music rights organization BMI to stop the unauthorized use of their material in Trump's re-election campaign ignoring the previous "cease and desist directives". The Stones further added,

"If Donald Trump disregards the exclusion and persists then he would face a lawsuit for breaking the embargo and playing music that has not been licensed."

What's more, the same song was played previously in Donald Trump's 2016 US election and the band warned to sue him for playing their song without their consent. They even tweeted showing their dissatisfaction saying "they do not endorse" the president.

Watch: President Trump using The Rolling Stones' "You Can't Always Get What You Want" at the 2016 election.

Well, this is not the first time Trump used the song without the permission of the musician. Last week, Tom Petty estate also issued the "cease and desist" for using Petty's 1989 hit song at Tulsa rally. In a statement, it was clearly mentioned Tom and his family strongly stand against racism or any kind of discrimination.

The family of the late singer even claimed that Petty's song "I Won't Back Down" was for the underdog, for the common man and every one, however, Trump's campaign "leaves too many Americans and common sense behind." Besides, the late musician also warned the former US president George W. Bush for using "I Won't Back Down" at a political campaign.

Also Read: Is Donald Trump A Time Traveller? A Person Claims To Have Found All The Proof!

Apart from the Rolling Stones, singers like Pharrell Williams, R.E.M., Aerosmith, Neil Young, Adele, Rihanna, and the Village People also complained about having their music associated with Donald Trump. However, no legal action against the president has been taken to this date.