home Entertainment Is Royce Pierreson Married to a Wife? Details of His Girlfriend

Is Royce Pierreson Married to a Wife? Details of His Girlfriend 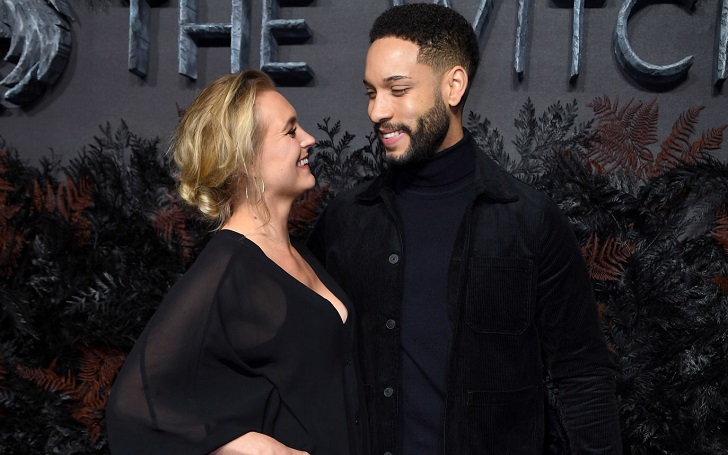 A few years ago, Royce Pierreson was taking selfies, the regular ones and the mirror selfies, all alone. But now, there's someone else to do that with him. While the ladies might be thinking, "God! You're Handsome!", yes, he's taken already.

The British actor was in 'The Witcher' as 'Istredd' for a short period of time, but his performance leaves a memory for his biggest fans while he also made new ones. But his greatest accomplishment might have been the 2014 movie 'Murdered by My Boyfriend', for which the star, Georgina Campbell [His Dark Materials] won the 'British Academy Television Award' for Best Actress title.

Hearts were broken on social media when Royce Pierreson declared his girlfriend, Natalie Herron, as his love, back in March 2019. Before that, you'll see many solo mirror selfies in his page.

It seems the girlfriend is Swedish as he often makes reference to the country and also spent some time in Stockholm together. There's even a reference to the movie, 'Midsommar', which was filmed in Sweden and starred Florence Pugh, in between his Instagram posts with Natalie.

They're still early in their relationship, so no, they are not married yet. But we do hope someday.

The red carpet appearances were also lonely for Pierreson before Herron came into his life. Now, she's been with him in every red carpet premieres and dinners of his movies.

The first time they walked together on the red carpet after starting the relationship was at the press night performance of 'Dark Sublime' at Trafalgar Studios, London, on July 1, 2019.

Since September 2019, it's been a busy time for the partners on the red carpet. On the fourth of September 2019, the attended the UK premiere of 'Top Boy' together at the Hackney Picturehouse in London. The last day of the same month, his girlfriend also accompanied him to the European premiere of 'Judy', which he cameos as 'Burt Rhodes', at The Curzon Mayfair in London and stayed together at the after-party at JW Marriott Grosvenor House London.

The couple also went to the BAFTA Breakthrough Brits celebration at Banqueting House on November 7, 2019 in London, England. The event was partnered with Netflix. Then, earlier in mid-December, they also attended the World Premiere of 'The Witcher' at The Vue in London.

While many may have revolted against their relationship confirmation, considering neither of them has spoken about it, there's little doubt over Herron's nature of the relationship being more than just red-carpet-buddies.

Stay tuned and connected to GlamourFame for more Entertainment content. Some beautiful stories are yet to be heard by the world.