Ruta Gedmintas' Relationship with Partner Luke Treadaway - Are they Married? 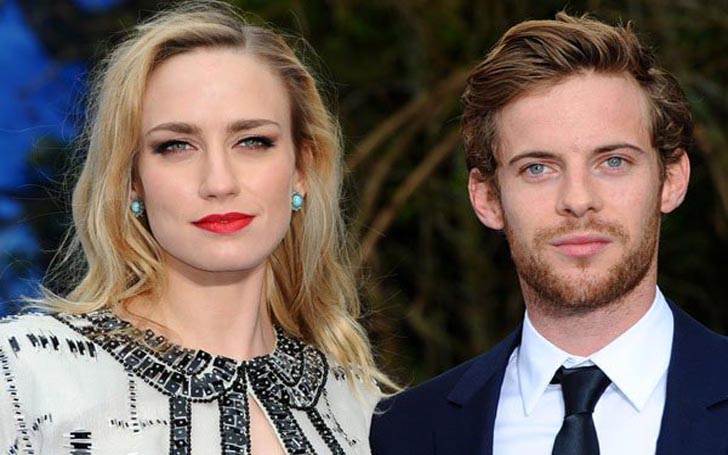 'His Dark Materials' is coming to HBO by the fall of this year, and the show is making a lot of noise with the talented cast who are playing some of the most iconic characters from the critically acclaimed book series by Philip Pullman. The series is currently scheduled for release on 3rd November in the UK and 4th November in the US and the cast which includes Dafne Keen, James McAvoy and also the talented actress Ruta Gedmintas.

The actress is known for playing the character of 'Elizabeth Blount' in the TV show 'The Tudors' and also for her main role in the last three seasons of 'The Strain' where she played the character of 'Kristen “Dutch” Velders.' The actress is known for most of her famous roles, and now she is going to be involved in the biggest role of a career with the upcoming series 'His Dark Materials.'

But before we get into the show and the character she is playing in the show, we want to first discuss the relationship of Ruta with her partner Luke Treadaway. The two are pretty private when it comes to their relationship and considering they’ve been together for almost ten years; we wanted to know where they are in their relationship.

Ruta Gedmintas And Her Relationship With Partner Luke Treadaway

Ruta and Luke first met early on in their life, but on the sets of 'A Street Cat Named Bob,' they shared the screen together for the first time. There they were playing the real-life characters of 'Betty' and 'James Bowen' in the movie. The two struck a bond before, but while working in the film the love deepened, and they were in love which can happen when two people find each other fascinating and work together for a long period of time.

One meeting and one chance casting was the only thing which resulted in the long lasting relationship between the two of them. The actress was hired to play the role of Betty who lives near James’ house and when a cat crashes in the home of James played by Luke, the two strike up a beautiful friendship, and it seems the reel romance converted into a real romance.

Watch: 'A Street Cat Named Bob' was the movie where the two worked together

The couple moved in together after two years of the relationship when the actor and actress moved into a flat in North London in 2013. They were not the only people though leaving together in the flat with the actress and the actor sharing the room with Luke’s twin brother and a friend.

They are not married, well, not to our knowledge anyway and they are also not engaged according to them their relationship status is simple, they are partners and nothing more, nothing less.

What Character Is Ruta Gedmintas Playing In His Dark Materials?

Ruta is going to play the character of 'Serafina Pekkala' in the upcoming series; the actress is going to play the clan queen of Lake Enara witches. Farder Coram played by the actor James Cosmo in the series is married to Ruta Gedmantis in the series. He fights a dæmon from another witch and helps out the character of Serafina, which allows them to be in a relationship. 'Farder Coram' and Serafina also raise a child together, but the baby dies after suffering from a disease.

Serafina goes away to be with her people, and Coram goes his way to be with the Gyptians people. The character is something of an important player in the long run of the series, which means the Ruta will be playing the character for a long period of time in the show led by Dafne Keen.

Watch: The trailer for the first season of His Dark Materials

We are more than excited for the upcoming show, and the release is coming to BBC One and HBO with the new deal between the two companies resulting in the sharing of property between the two networks. Releasing this year in the fall the show is sure to make sure headway and entertain fans. The cast is obviously making sure the show is not lacking in the department of acting.

Make sure to check out Glamour Fame for a collection of news, editorials, and gossip. Also, go ahead and click on the Entertainment tab for everything relating to your favorite celebrities. If you want to know more about His Dark Material and the cast involved, check out Movies & TV Shows tab for all the information you need.