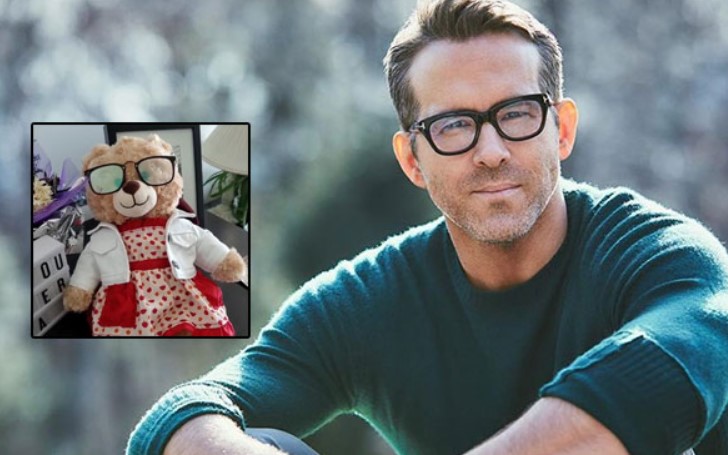 Ryan Reynolds offers $5,000 to anyone who can help recover a stolen teddy bear.

What's your favorite Ryan Reynold IRL moment? For us, this is the sweetest thing we have seen, and of course, the kindest gesture. While many would just ignore the "missing" posts, Ryan not only noticed them but decided to help.

The 'Deadpool' actor is hoping to help out a fellow Canadian find the missing teddy bear by offering $5,000 to anyone who can help Mara Soriano recover her stolen teddy bear.

While this news may not make sense, until we found why Mara so desperately wants her toy back; According to the reports, the teddy bear includes an audio recording of the final message her mother, Marilyn Soriano, sent her just before her death. Marilyn died of cancer in June 2019.

The reports further add the teddy was stolen from Mara's home on Friday, while she and her fiancee were moving into their new apartment in Vancouver.

Also Read: Carrie Underwood Named Her Album "My Gift"! Here's the Reason Why

Talking with one of the Canadian media outlets, CBC News, Mara said she rushed to help her friend and leaned a bag she was carrying against a van, and she believes someone stole it while she was helping.

Soriano said, "It just makes me feel devastated. I am absolutely crushed."

Following the incident, CBS tweeted out a help post to find the teddy bear. On their post, the outlet wrote, "If you see his missing bear in the west end please email. It was in a Herschel backpack when stolen along with an iPad."

The tweet further reads, "Mara, the owner says it has her mom's voice inside saying, 'I love you. I'm proud of you. I'll always be with you.' Her mom died last year."

To help Soriano, Reynolds took to his Twitter account, and retweeted a tweet from CBS Deborah Goble, where he wrote, "Vancouver: $5,000 to anyone who returns this bear to Mara. Zero questions asked. I think we all need this bear to come home."

This story needs to get across, and Mara should get her teddy bear back. It's priceless for her, nothing can replace it for her.

You May Also Like: Why Acupuncture Can Lead To A Healthier And More Beautiful You