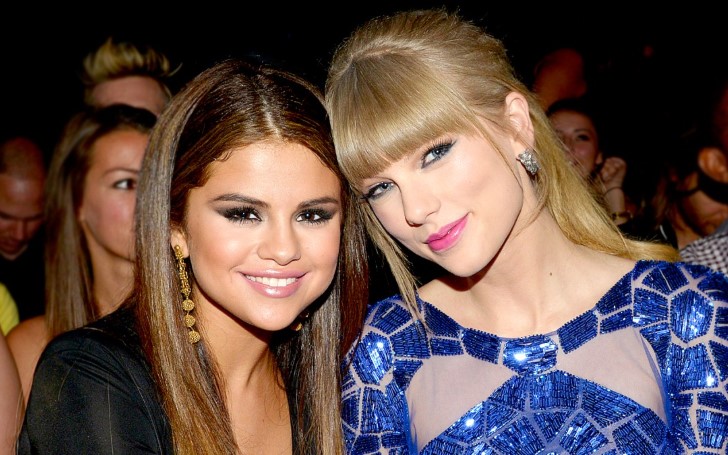 The fetish singer Selena Gomez continued the ritual of sending Taylor Swift gifts this year too. It was Taylor's 29th birthday on 13th December. And our amazing actor + singer Miss Gomez who is also an amazing friend made sure to make BBF Taylor feel special and remembered.

The two are not even spending their time together lately. Both Selena and Taylor are currently keeping their public profile lowkey.

You May Also Like: Dancing With the Stars’ Alan Bersten and Alexis Ren Splits After Relationship

I’m grateful for those I surround myself with. And this woman right here happens to be one of my favorites. Love our tradition and I love you.

As a matter of fact, Selena has been offline as she mentioned she was taking a social media break on her Instagram since 24th September. The reason is that she currently wants to focus on her mental health right now.

Truly, it's amazing to see the friendship of Selena and Taylor.

As per a source, it is reportedly revealed that Selena didn't want to ignore Taylor on her birthday. In fact, she called Taylor to wish her on her birthday occasion and even sent her a message.

You think that was cute and nice of Selena (although it is), but wait till you find out what Taylor did on Selena's 26th birthday this year in July.

Taylor baked herself a cake for Gomez with saying 'Gomez Or Go Home'. And for that Selena wanted to return her favor.

However, Selena wasn't the only to wish Taylor on her birthday. Super Model and Victoria Secret Angel, Gigi Hadid also put her birthday thought for the Bad Blood singer on her Instagram story.

Gigi posted pictures of Taylor and her cat on her Instagram stories with a caption asserting:

"Cheers to many more years of time spent stargazing, cooking, and celebrating epic friendship (which is why we forgot to take pics this year ? lol) and all the adventure, love, and light you deserve."

"Thank you for being you, you are a blessing and inspiration to me and so many!"

Thanks so much for all the birthday wishes! Today I finally get to show you something we’ve been working on for a while... the trailer for the Reputation Stadium Tour! The entire concert film will premiere on @netflix at 12:01AM PST December 31. You made this tour so insanely fun for all of us on stage, and I’m really excited that we will have this memento of the memories we all made together this year. I also got to share the stage with such wildly talented people @camila_cabello, @charli_xcx, my band and dancers who shine so brightly in this film. You’re the best. Thank you for everything.

Taylor on the occasion of her birthday left a surprise for her fans on Instagram. She released a video which was a trailer of her new 3D movie Reputation.

She shared through the post that the entire movie will premiere on 31st December this year. So enjoy your Christmas and New Year guys!