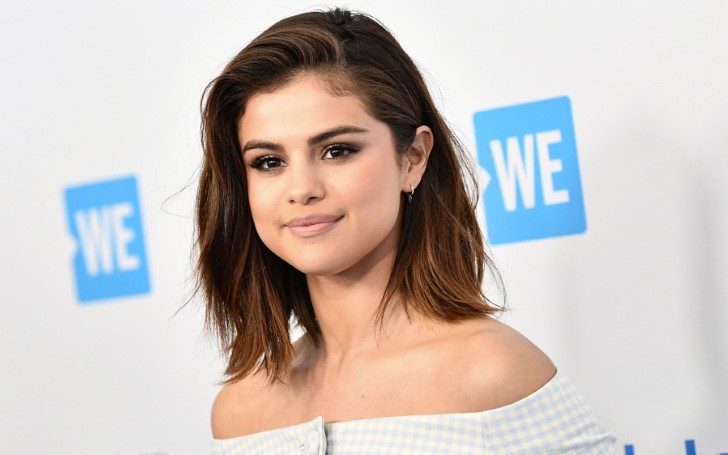 Following the first worldwide screening of 'The Dead Don't Die' last month at the 2019 Cannes Film Festival, the film's lead cast Selena Gomez stepped outside at the film's recent premiere the other day.

Attending the red carpet at the event that took place in Manhattan, New York the other day, Gomez mostly managed to steal the spotlight with what she opted to wear.

The 26 years old singer who recently deleted the picture of her ex-boyfriend Justin Bieber on Instagram took everyone's breath away with her black furry short dress that flaunted her legs.

The 'Come & Get It' hitmaker's off-shoulder black mini dress featured huge furry styled feathers attached on the lower shoulder part of the fit. 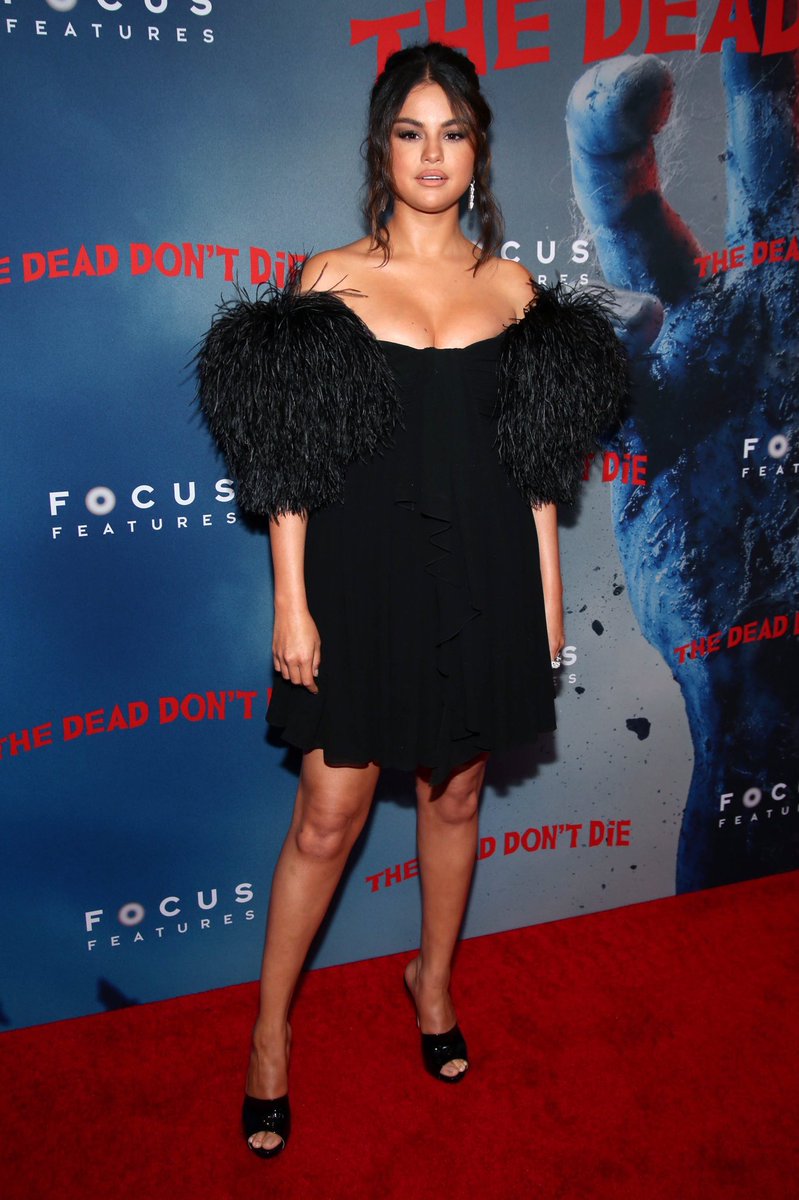 The completely black tight dress which features a deep plunging on the front put the former Disney star's perky cleavage on display.

To add more glamour to her evening look, Selena wore a pair of long dangling silver earrings and a massive diamond rings on her beautiful long fingers.

As for her makeover, her makeup artist Hung Vanngo went for a smokey eye makeover that completely went along her dress.

In addition, her chubby face also featured a nude lipstick applied over her full lips.

With her hair put in a curly and messy up-do bun, Gomes then completed the fabulous look with a pair of black shiny sandal heels.

Prior to her attendance at the premiere, Gomez's stylist Vanngo teased her fan followers on Instagram with a sexy selfie of the star.

According to Hung Vanngo, Gomez' black dress was styled by stylist Kate Young whilst her nails were done by Tom Bachik.

Marissa Marino, a popular Hollywood celebrities' hairstylist was the one responsible to create the magic on Gomez's hair.

Most of the filming for 'The Dead Don't Die' took place in New York over the summer last year.

Gomez is next up for her appearance on 'Jimmy Fallon's Tonight Show' and 'Live With Kelly and Ryan' where she will be seen promoting the movie.