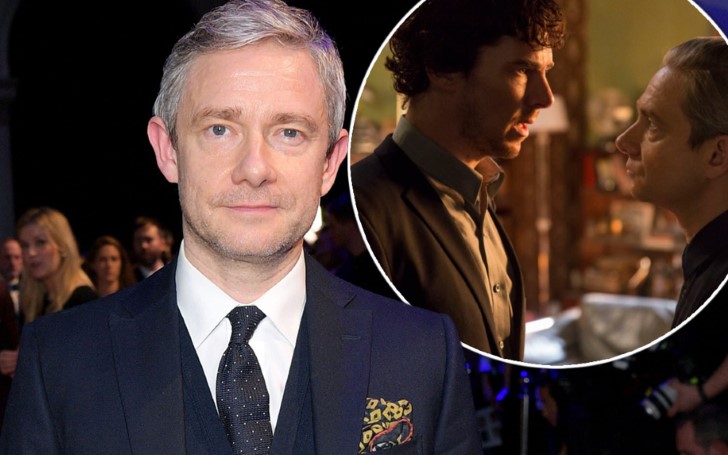 Sherlock's Martin Freeman pours out his views on fans disappointment of not getting to see the gay romance in the show.

Sherlock was one of the beloved investigatory stories of the 2010s, which launched its lead stars Benedict Cumberbatch and Martin Freeman to all super-stardom.

But, as of now, the future of the hit detective series, Sherlock has been quite an indecisive topic. This BBC crime drama came to a sort of close with its fourth season back in 2017, as it was mutually agreed by the cast and production member to put the show on hiatus for an undetermined period so as to focus on other creative projects.

Despite having a widely-acclaimed finale, season 4 turned out to be highly controversial. For one, fans didn’t get to see the romance of Sherlock and John which they had been long craving from the beginning of the show. 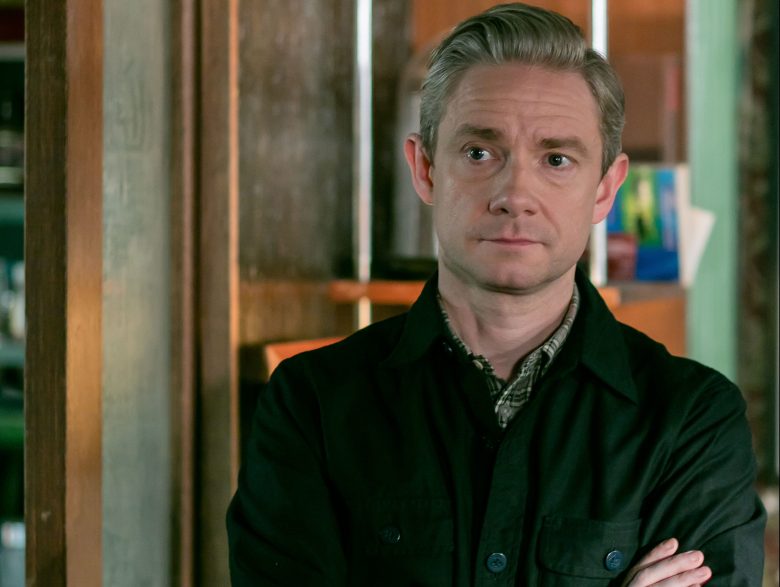 Martin Freeman says the Sherlock is better off in hiatus for now. (more on this down below)
SOURCE: Indie Wire

During his visit to BBC Radio 4 on Desert Island Discs, Martin Freeman shed his view on the topic of what the internet is otherwise calling as “Johnlock” shippers. The actor described how a significant portion of Sherlock fans was convinced that the great detective and the good doctor were in love, but felt betrayed when season 4 didn’t deliver the expected climax.

Freeman said, “So by the time we filmed the last ones, there were some fans who were so adamant that John and Sherlock were gay. They knew it and they knew that [Sherlock showrunners Steven Moffat and Mark Gatiss] were going to write an episode where we held hands off into the sunset together, and so when that didn’t happen there was a chunk of people going, ‘this is betrayal’.”

Also Read: Will There Be Another Series of the Benedict Cumberbatch Detective Drama 'Sherlock'?

Martin had also explained to the fans that characters were 'not actually f***ing,' during an appearance at the Raindance Film Festival in 2015, where he further added: 'It is possible for people of the same sex to have a deep friendship without being attracted to each other.

'People are attracted to each other in all sorts of ways. You don’t necessarily want to [sleep with] someone because you love them. They respect each other, they bring different things to their friendship.'

Even the show-creator Steven Moffat has had his say on the very issue, as he had described, “We walk into that one all the time. It’s a funny thing when a character for over 100 years has been saying, ‘I don’t do that at all. He’s been saying it over 100 years! He’s not interested in [sex]. He’s willfully staying away from that to keep his brain pure—a Victorian belief, that. But everyone wants to believe he’s gay. He’s not gay. He’s not straight. And Doctor Watson is very clear that he prefers women. People want to fantasize about it. It’s fine. But it’s not in the show.”

The final scene of season 4 established a new scenario in Sherlock and John’s lives. With Mary’s demise in the previous episode, the pair were set to raise John’s baby daughter together. In addition, the latest finale of the Sherlock also the saw the duo running off into another case; while not exactly holding hands into the sunset, as Freeman pictures it, but it did show them in some kind of happy domestic situation.

You May Also Like: Grey's Anatomy Set For Dramatic Crossover with Station 19 This Season

Martin, 47 has often been candid about the pressure of fans’ anticipation with Sherlock. The English star previously described the fans as “near impossible to please” and even said making the series was “not fun anymore” due to the intense research given to its episodes. It’s not surprising, that the actor has also mentioned, “Sherlock shouldn’t return anytime soon.”