home Entertainment Singer Ginuwine is father of nine children; Facts to know about his family

Singer Ginuwine is father of nine children; Facts to know about his family 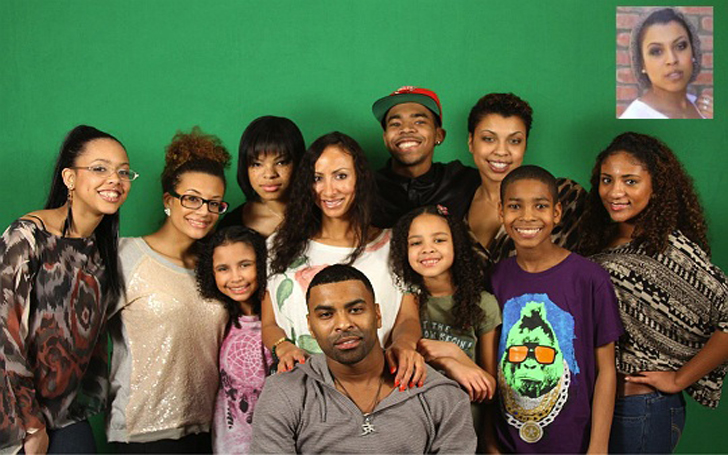 Ginuwine rose in the music industry in the 90s when the soulful R&B songs were on the rise due to the influence of R. Kelly. With the rise of Kelly, there were multiple singers who arrived on the scene, imitating the controversial singer. Ginuwine was a little different from the singer, but he was playing in the same sandbox.

The singer was not only able to find his grove in the 90s, but he was also able to be privy to a lot of success as his albums went multi-platinum. Ginuwine was not only a singer, though, but he was also the parent and a family man. The singer is not so famous nowadays even though he still tours with his past materials; the new music scene made a lot of past acts, outdated.

Ginuwine was nearly at the top of the music scene in the 90s, and he was stably producing projects, but the same cannot be said for the personal life of the singer. His family life is, without a doubt, chaotic, not his married life, but the extra relationships he needed to maintain over the years.

Ginuwine is the Father of Nine Children

Well, this is not exactly a common occurrence in the current society because of all the barriers there are with raising multiple children in the current economic condition. The singer, though, was not following the same regime, and over the years, he became the father of multiple children, which was later revealed to be in at nine in 2009.

At the start of the year, the singer revealed he is the proud father of nine children, Ramonda, Tiffany, Elgin, Ginel, Story, Dream, Dejan, and Cypress. The last two were his stepchildren, and they were the children of Sole, his wife before the two met.

Ginuwine was Married to His Wife Sole for Over Ten Years

By the late 90s, Ginuwine was a successful singer, and his career trajectory was moving in the right direction. The singer then met rapper Sole before the turn of the century, and it was like a match made in heaven. In 1999 the couple started dating and developed feelings for one another.

In 2001 they became the parents of daughter Story followed by a second child in 2002 whom they named Dream Sarae Lumpkin. The couple raised the two daughters together while the other two children of Sole also lived with the family.

But as time went on, the relationship between Sole and Ginuwine deteriorated, and the two separated in 2014, after over ten years together. The couple called time on their marriage, and they decided to get a divorce, which was finalized in 2015.

Sole later got married to 'Public Enemy' band member 'Professor Griff,' and the couple is still together after over two years of marriage.

Nine children mean providing each and every one of them with some amount of time which Ginuwine was able to manage the problem with being the father of nine kids is, not everyone is going to like you. This is the case with Ginuwine and his daughter Tiffany who is not happy with her father, and there were multiple messages between the father and daughter revealed later on, which showed her calling Ginuwine a deadbeat father.

It is safe to say Tiffany and Ginuwine are not particularly warm about their relationship, and the father of nine is also not handling the whole thing nicely. The messages also showed him calling her names and saying rude things, but if both the messages are weighed on their merit, then both are at fault.

Before you leave, make sure to head on over to our Entertainment section for all the latest news and gossip on your favorite celebrities. Also, do not forget to visit Glamour Fame to be in the know of all the happening in the world of show business.