home Entertainment What is 'Kill Bill' Actor Sonny Chiba's Net Worth in 2021? Learn About His Wealth and Earnings

What is 'Kill Bill' Actor Sonny Chiba's Net Worth in 2021? Learn About His Wealth and Earnings 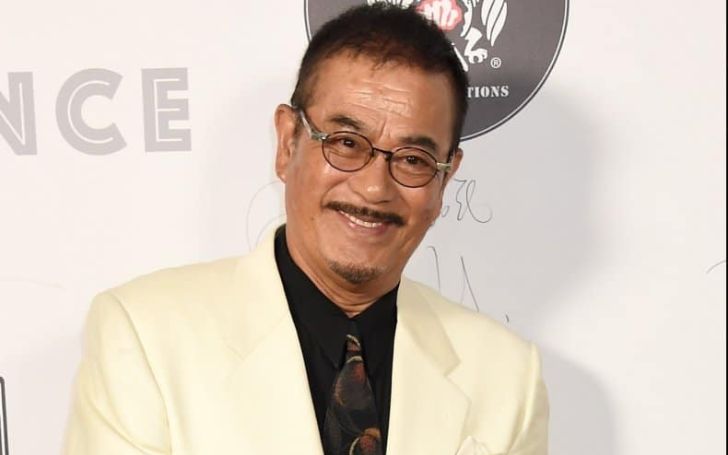 What is Sonny Chiba's Whooping Net Worth as of 2021? Here's the Breakdown!

Shinichi Chiba, aka Sonny Chiba, was an eminent international figure who rose to prominence through the Japanese entertainment industry. The black belt holder's work in various Chart-Breaking productions assisted him in achieving his fame.

The actor was a professional martial art practitioner, best known as Hattori Hanzō in the all-time hit series Kill Bill. Chibba, who had multiple names assigned according to his professions, received ample offers due to his talent in the martial arts.

Born on January 23, 1939, the acclaimed actor sadly passed away in early August due to covid at 82. The Nippon Sport Science University graduate spent a luxurious life with his family in Japan. Continue reading to know more about Sonny Chibba's net worth at the time of his death.

The Karate Warriors star, Sonny Chiba, who worked in the entertainment industry for a good 60 years, surely enjoyed a handful of luxury. The Japanese Superstar successfully earned a net worth of approximately $1 - $5 million as of August 2021.

Sonny Chiba's net worth is estimated to be around $1 - $5 million.
Photo Source: Pinterest.

The actor who married twice probably accumulated the above ransom due to his hard work in productions like Kill Bill, Fast And Furious, The Days I Saw in My Dreams, and many others. Not to mention his endeavor as a director, choreographer, singer, martial artist, and actor also aided him.

Sonny, celebrated for working in many smash-hit theatres, series, and films, also ran a training school Japan Action Club for stunt performers and actors. These side hustles, including numerous advertisements and sponsorships, assisted the Tale of Japanese Burglars star in summoning such a huge number.

How was the Late Actor Sonny Chibba's Family Life?

The praiseworthy actor, Late Sonny Chibba, relished a marriage experience not once but twice. The talented individual was initially married to a Japanese artist named Yoko Nogiwa, followed by remarrying Tamami Chiba, with whom the actor spent 19 years together.

The military craftsman who debuted with Invasion of the Neptune Men, science fiction, had three children. Sonny's eldest daughter Juri Manase from the first marriage, followed by two sons Mackenyu Arata and Gordon Maeda, with Tamani. Chibba's children followed their fathers' footsteps as all three of them are bonafide actors. Hope success continues in their life.