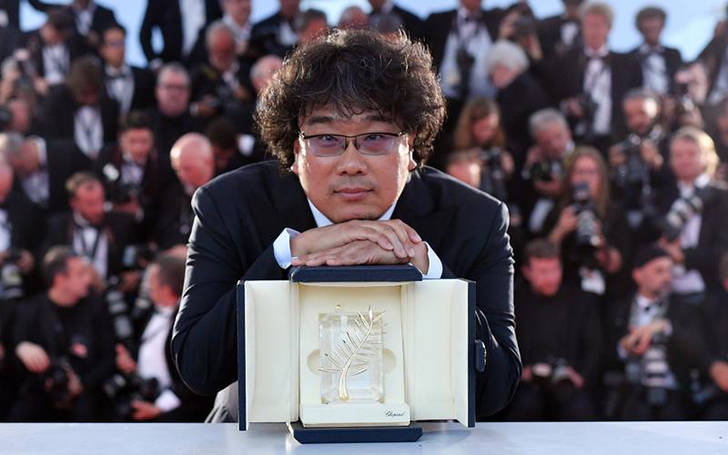 Bong is the first of Korean nationality to have won the Cannes' top prize. However, the astounding director was a part of the festival previously as well. Earning a taste of fame at Cannes with Okja in 2017, which - somewhat controversially - originally screened on Netflix.

The festival closed in its drapes this evening marking an end to the 11 days of previewing through new films and documentaries.

The prolific film festival was one of its kind as French-Senegalese director Mati Diop become the first black female director to bag a prestigious award in Cannes' 72-year history.

Diop took home the Grand Prix - the equivalent of a silver prize - for 'Atlantics'. The flick is a Senegalese drama centered around the premise of young migrants and sexual politics.

The talented actress took it upon herself to express feeling "a little sad" about the fact that the world had to wait until 2019 to witness a film by a woman of African descent being screened at the festival.

However, US director Quentin Tarantino's latest film Once Upon a Time in Hollywood didn't earn him any titles at the festival. In fact, strong reviews are thought to be one of the reasons the movie was not considered for a significant award.

Belgian brothers Jean-Pierre and Luc Dardenne were awarded the title of best directors for their film Young Ahmed. To add up, the movie's protagonist is a boy who is radicalized into stabbing his teacher.

A Brazilian movie titled 'Bacurau', created through the directorial talents of Kleber Mendonça Filho and Juliano Dornelles took home the Jury Prize. The movie's storyline follows a filmmaker who travels to a remote village only to discover its deepest and darkest secrets.

The 11 day run of the Cannes film festival was overall a huge success with the world witnessing the power of cinema and the effect it has on the general public.