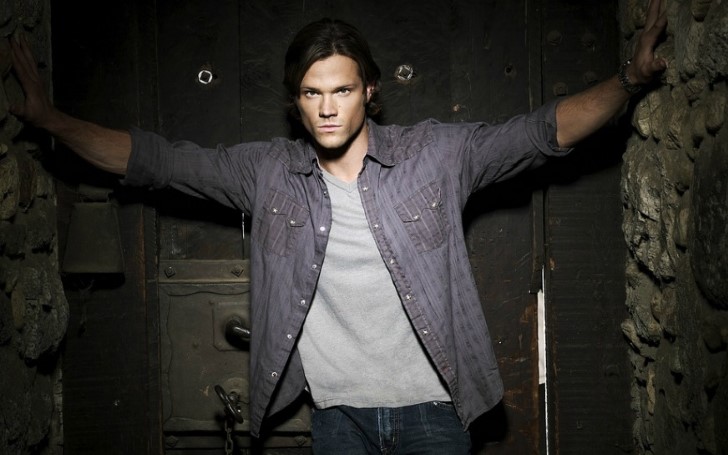 Sam Winchester is most of the times the moral compass for the show Supernatural. He is the one who has a good heart and a soul and always tries to do the right thing.

Dean is the mindless angry dude if he needs to be but 'Sam' has always had a cool head on his shoulder, everything he does in the show is thought out. 'Sam' is the brains of the family, but not all of the times; he has done a lot of stupid things over the 300 episode run of the supernatural hunting series.

Choices we make define us and most of the choices 'Sam' makes are the right ones but there are some that are baffling and it just breaks your heart to see the suffering caused to or caused by 'Sam'. There are not many bad instances for 'Sam' but he is still human and he has made a couple of mistakes. So, here is our list of 10 Times Sam Winchester Broke Our Hearts.

10. Watching Dean Die Over And Over Again

While looking into the disappearance of a man, 'Dean' keeps living the same day over and over again in the episode 'Mystery Spot'. What started out as a Groundhog Day remake turned sour as Sam kept seeing his brother die over and over again. It was a little funny at first, 'Dean' being electrocuted, and getting pancaked by a rack. But then seeing the agony of 'Sam' was a little heartbreaking. The brothers love each other and to have to go through someone's death over and over again is gruesome.

9. Sam Had To Kill His Girlfriend

'Sam' had a hard time after losing his girlfriend and 'Madison' was the first girl he was attracted to. 'Sam' figures out that she is infected and they search for a cure when they think a cure is possible 'Sam' and 'Madison' sleep together, but then she turns into a werewolf and runs away. The next morning she calls Sam and 'Dean' confused and doesn't want to live as a monster. She asks 'Sam' to kill her and despite Deans' offer, he goes ahead and kills her. It was very hard to see Sam go through losing someone else he had feelings for.

8. Not Looking For Dean

The brothers will do anything for each other, they will go to any lengths to protect each other and damned be of anything else. That is why this is very heartbreaking for us when 'Sam' after 'Dean' was in purgatory, stopped looking for him. This will always be baffling for us, the brothers talk about family but when his brother was in trouble 'Sam' just said that 'Dean' probably wants him to move on.

When 'Dean' was stuck in hell, 'Sam' was alone and the one person he turns to is 'Ruby', the demon. This is a baffling one to us, 'Ruby' was playing 'Sam' but he was lonely and foolish and the consequences for his actions were very severe. 'Sam' turning to a demon and not the people he knew is what really breaks our heart.

Drinking demon blood is not ok 'Sam', it is the opposite of OK times a thousand. The one who is considered the brains of the family got so stupid to fall for a demon was one thing but to believe the demon and drink demon blood as the only way to 'Lillith' was just stupid. And it was so heartbreaking to see a destination less Sam get sucked into a conspiracy to bring about the apocalypse.

'Sam' was hopped up on demon blood and he thought he was doing the right thing but that is not how 'Dean' saw it. They had a fight in the motel and the heartbreaking moment occurs when 'Dean' says, "you walk out that door, don't you ever come back". It is even more heartbreaking when you think those were the exact words their dad John said to 'Sam' when he left for Stanford.

4. Saving The World From Apocalypse

'Sam' was responsible for bringing about the apocalypse and he knew that. There was always the fact that 'Sam' was to become the vessel of 'Lucifer' and 'Dean' the vessel of 'Michael' but that was all changed when their half brother, 'Adam', agrees to be the vessel of 'Lucifer'. He tries to save 'Dean' by making the sacrifice of himself and throwing himself and 'Lucifer' into the pit to be tortured in hell. His guilt and his idea of letting 'Dean' down then his sacrifice will always make this one of the heartbreaking scenes.

3. Can't Get Lucifer Out Of His Head

'Sam' though brought back from hell could never escape the torments of hell itself. The body is back but the mind has seen things that can't be forgotten, 'Sam'' starts having hallucinations and images of 'Lucifer'. It gets to a point where he needs to be hospitalized and he is on the cusp of death, the agony he goes through is so visceral that it breaks our heart every time.

Soulless 'Sam' was one of the hardest experiences for all Supernatural fans. It was a great character study as to what would happen to 'Sam' without his conscience but the experience we got was a really scary one. It was too scary to even watch, from letting 'Dean' get turned into a vampire to trying to kill 'Bobby', this was one aspect of the show we never want to visit again because it was heartbreaking.

1. Start Of The Series

Many troubles 'Sam' has gone through but nothing as heartbreaking as the first episode of Supernatural. He was out of hunting life, on his way to becoming a lawyer when his brother shows up to his college, he decides to do one job with his brother but when he returns home he finds his fiance murdered in the same way as his mother. This leads him to quit his studies and join his brother full time, had it not gone the way it went, 'Sam' would have been a lawyer living a happy life. That is what breaks our heart, the torments he went through he could have avoided but it was not to be.

The choices 'Sam' made though flawed are who he is and always will be, some of the choices cannot be justified but still, he did the best he could. Everyone is flawed and no one is perfect and Sam's conscience is back to where it used to be, so let's see how it all shakes out when Supernatural returns for its 15th and final season this fall.