home Entertainment Who is Sylvia Hoeks' Boyfriend? Is She Married?

Who is Sylvia Hoeks' Boyfriend? Is She Married? 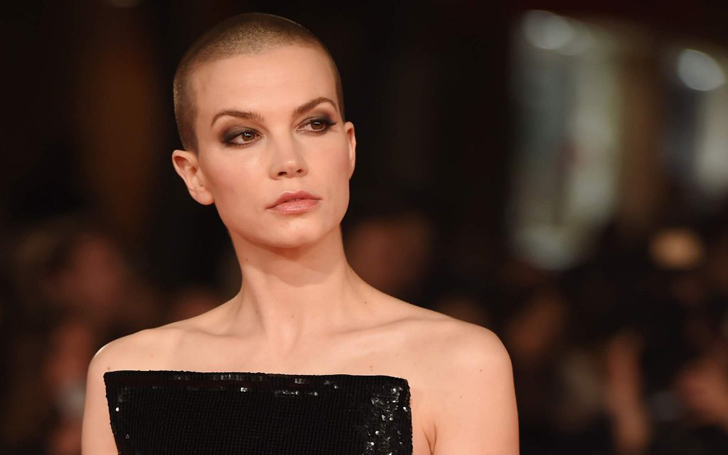 Born on 1 June 1983 Sylvia Hoeks early life was spent living in Maarheeze, Noord-Brabant, Netherlands. Though most famously known as Sylvia Hoeks, she also goes by Sylvia Hoecks and Sylvia Hoek. She started her career when a modeling company scouted her at the age of 14 and Sylvia did manage to complete her high school, she soon after the graduation joined the Maastricht Academy of Dramatic Arts.

Starting her career in the movie and TV industry in 2005, she was only limited to the Dutch Film Industry at first. She was awarded the Dutch Academy Award called the Golden Calf for the character of 'Jos Stelling' in the movie 'Duska.' The Dutch film was not enough to hold the actress which is why she branched out and finally was able to nail down the role of 'Luv' in the sequel to 'Blade Runner' called 'Blade Runner 2049.'

Watch: Luv played by Sylvia Hoeks gets into a fight

Though the movie was not a huge success, it was critically lauded, and Sylvia Hoeks performance as the enforcer character in the film was also applauded for her propensity to violence when it comes to everything. This was the major breakthrough in her career and her first foray into the English speaking movie making. The actress soon followed it up with the supporting role in ‘The Girl in the Spider’s Web’ which was the follow up to the 2011 thriller.

While her career was going ahead full steam, Sylvia was also maintaining a relationship at home. Coming from a hard days’ work, people need someone to anchor them and hold them down and provide a sense of home to come to, and the actress found her home a long time ago.

Sylvia Hoeks and Her Boyfriend, Are They Married?

Sylvia found the love of her life on 11 March of 2012 and for the past seven years, she and her boyfriend Boaz Kroon are there for each other supporting their career and their life together. They met in 2012 but the anniversary photo she posted on March shows how much love, care, and affection they still share.

This is what a couple should be like, people who know they are similar and make it their life mission to compensate for the other person’s inadequacy. The couple is together for seven, going on eight years, but there is still no ring on Sylvia’s finger, which means they are not engaged and as of this writing, they are no married.

Maybe they are the subscribers to the modern way of living where there are fewer labels in a relationship, and two people share their home and their life together. With the world leaning towards not getting married young, we are not seeing the two lovebirds tying the knot any time soon.

At this moment, the couple seems content to carry on being in a relationship, and if marriage happens in a few years’ time, then they are unlikely to not give in to the temptation of eternity together. But since she is likely to be busy with her new show on Apple TV Plus, everything is probably on hold considering this is the biggest role of her career.

SEE is going to be one of the biggest events in television history considering this is the first foray into the televised world by the hardware company Apple. Even though this is their first, the company is not leaving anything to chance by shoveling $15 million per episode for the series. The sheer amount of money spent makes it one of the most expensive TV shows ever and Sylvia is playing the antagonist in the highly anticipated series.

In the series, the Dutch actress plays the character of 'Queen Kane,' by the name you probably already understand she is a Queen of a different tribe of people living in a dam. In this world created by Steven Knight, the creator of 'Taboo' and 'Peaky Blinders,' the humans were robbed of their ability to see, and most people believed it was the gods who took away the sight in order to protect the land from the humans.

In this world, Maghra, played by Hera Hilmar, gives birth to twins who are the first children born with the ability to see and Queen Kane is of the belief sight is a curse. She orders her people to go the Baba Voss’ tribe and get the kids and bring them to her. This causes the conflict between the two factions, which is the basis of the show.

Just by looking at the trailer, you can see, the menace she showed in the 'Blade Runner' movie is back, and 'Queen Kane' is going to do whatever it takes to erase the power of sight from the world. Sylvia is perfect for the role, and when the series arrives, she is going to blow everyone away, we can be sure of it.

Watch: The first trailer of SEE from Apple TV Plus

SEE is ready to be streamed on 1 November 2019 when the cheaper version of Apple TV Plus makes its debut and takes its first steps into this world on the same day.

Before you leave, to know more about the cast of SEE you can check out our Entertainment section where we are doing a run-down of each cast member. If you want to know more about SEE and other shows and movies, then Movies & TV Shows got everything you are looking for. And, as always, make sure to keep it locked in with Glamour Fame know everything which is happening in the world of entertainment.