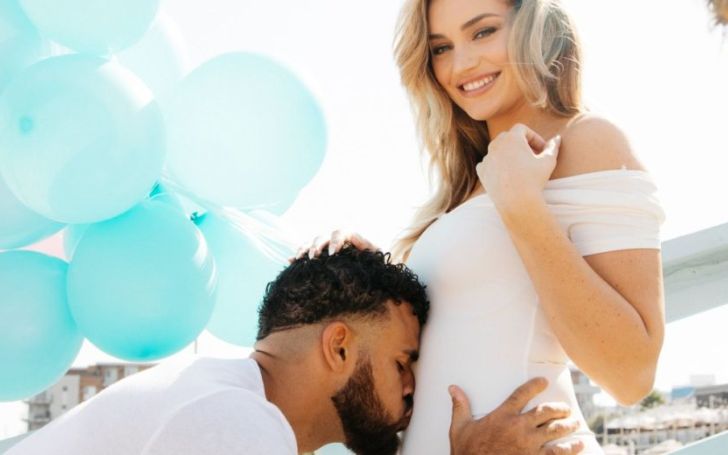 The Real World and Are You the One stars Cory Wharton and Taylor Selfridge are soon to be parents of their first child together.

Yes, you heard it right; the news which garnered tons of backlash on Taylor Selfridge for sharing fake ultrasound image of the baby is now revolving to make sense.

If you are updated with the reality stars, then you might well know Taylor firstly hinted us about her pregnancy back in April.

Later, for whatever reason, she deleted all the posts related of her ongoing maternity.

But now, taking exclusively to the new issue of US Weekly, the lovebirds confirmed us the jolly news. Cory shares, "It was a surprise." As in now, Taylor is running on her 11 weeks of pregnancy.

Yes, the news is now officially announced and this is one of the important moments for the 'Ex on the Beach' star for her first ever pregger experience whereas Cory is already the father of 2-year-old daughter Ryder with ex-partner Cheyenne Floyd.

Interestingly, Wharton was unknown about Ryder till she was six months old.

Cory expressing his love to baby.
SOURCE: US Magazine

The couple is yet to know the gender of their child, but Wharton shared an interesting word talking to the magazine.

I just originally thought it was a boy, but now I don't know. Everybody's saying girl, so now I just feel like it's a girl!

The lovey-dovey met each other back in 2014 during season 1 of MTV's reality show 'Ex on the Beach' and have been going strong for two years after a short break in between.

We would like to congratulate both Cory, 27, and Taylor, 25, for such wonderful news. With praying for the sound health of baby, we sure wish to see him/her soon.

Stay tuned and connected to find updates on the Entertainment news only on Glamour Fame.