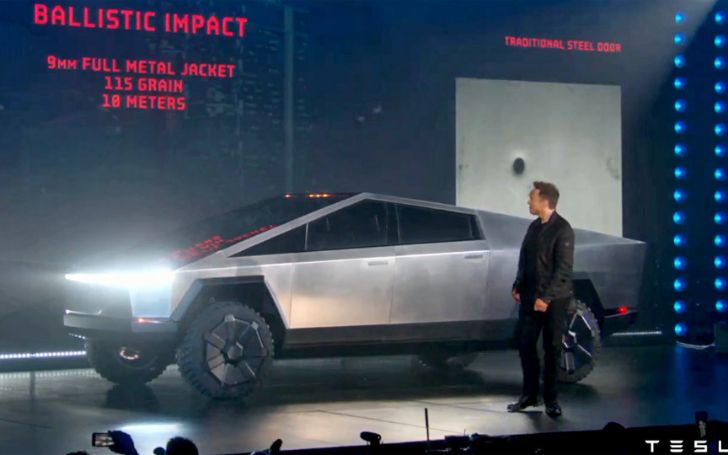 Unfortunately, the electric car manufacturing company missed providing all the features they branded the highly secure vehicle would carry which was its bulletproof glass that cracked after a shot.

For some weird reason, it broke now. Handling the situation calmly, Musk shared,

We threw wrenches, we threw everything even literally the kitchen sink at the glass, and it didn't break. I don't know why. We will fix it in post.

As a saying goes, 'There's no negative fame' so it happened at the recent showcase as it helped Cybertruck be the subject of memes and media coverage around the world.

Nevertheless, its designs are magnificent and close to Batmobile of Batman with full metal on it. And we are sure they can come with the glass update if they can build a beast using a renewable source of energy.

You May Like: Want a Job at McDonald's? You Can Now Ask Alexa or Google Assistant For Help!!!

The sixth electric vehicle so far is one of a new kind in its line as it shares the in-made material and mechanism used to built 'Rockets' from Musk space mobile company 'Space X'. The company released started producing a series of electric vehicles since 2003.

Some of the Cybertruck Key Specifications

You can also buy a electric ATV on the side, which can be carried in the trunk with charging support.  So what are you waiting for, go and reserve one as they are offering at a cheap price to the early buyers?

Hope you enjoyed the article, stay tuned and connected to find more interesting Tech & Product news only on Glamour Fame.