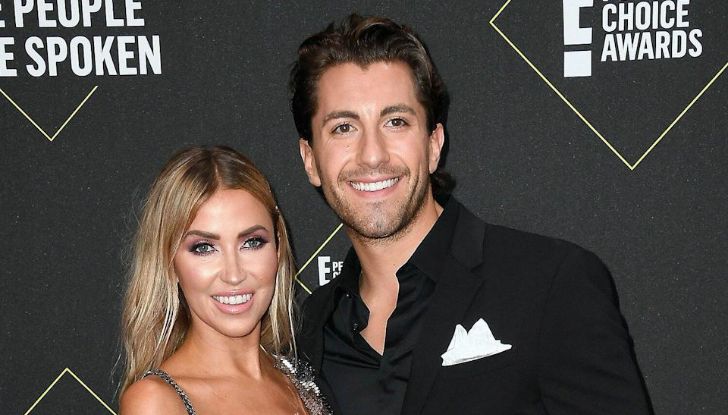 The Bachelor Franchise Star Kaitlyn Bristowe Is Engaged! Get The Exclusive Report Here!

Kaitlyn Bristowe, the bachelorette of season 11, is now engaged to Jason Tartick of season 14. The Bachelor alums took to their respective platform to break the thrilling news on the internet. Jason Tartick, 32, shared a video on his Tik Tok account of the surprise proposal he made to Kaitlyn while filming an episode of "Off the Vine," Bristowe's podcast.

Bristowe was a contestant in "Dancing With the stars" before achieving greater fame in Bachelor 12 and henceforth on "The Bachelorette" season 11, where she got engaged to Shawn Booth. Three years into their candid relationship, Shawn and Kaitlyn had announced their split in 2018.

Don't Miss; How Much is Jeanine Lobell's Net Worth in 2021? All Details Here

As per sources, Bristowe and Jason started dating two months after Kaitlyn split from Shawn. The couple met on an episode of Bristowe's podcast. Since the couple made their relationship public in May 2019, they have shared every milestone in their relationship with fans, including their decision to move together with their rescued pup in Nashville.

The Bachelor stars got engaged on Monday morning, talking with the Entertainment Tonight, Kaitlyn,35, said; "It was everything I could have asked for, The words that came out of his mouth were insanely beautiful. We've never locked eyes like that in our lives."

Jason, who is as thrilled for their next chapter, told CNN, "Kaitlyn was so completely shocked. While our families couldn't be with us in person we were able to catch and record their reactions and celebrations virtually, We are so excited for the next chapter of our life."

Check Out: Venom 2 Drops a Brand New Trailer: How To Watch and Release Date Explore!

Kaitlyn Bristowe is set to host the upcoming season of The Bachelorette, alongside Tayshia Adams. The star exclaimed, now she's got two exciting things to look forward to in the near future.