Venom 2 Drops a Brand New Trailer: How To Watch and Release Date Explore! 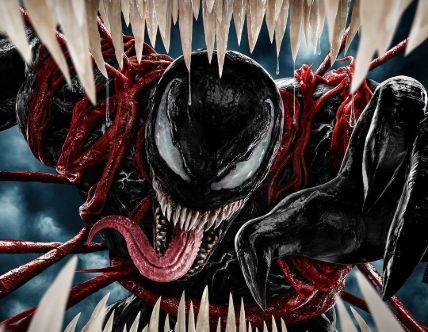 "Venom; Let There Be Carnage" Trailer Launches; Where To Watch, Release Date And More Here!

A sequel to Tom Hardy Starrer and Ruben Fleischer directed 2018 box-office smash film "Venom" has returned, needless to say, with some swaps and upgrade. Based on Marvel Comics and distributed by Sony Pictures, the follow-up to the original 2018 hit has Andy Serkis as the new director.

The two-minute forty-second short trailer confirmed Tom Hardy back in his Eddie Brock character, aka the notorious Venom and Michelle Williams rearrival as Hardy's love interest, Anne Weying. Woody Harrelson, who was introduced as a flame-haired antagonist in the original, is making a comeback as Carnage, obviously, pit against Tom's character.

The release date for the sequel was changed four times, and the wait was finally over on a Monday morning of 10th May 2021. Currently set to release on September 24, 2021, fans are afraid the dates might bounce again in theatres.

The new trailer also features Kelly Marcel as the new screenwriter and the Oscar winner Robert Richardson as the new cinematographer. Unlike its predecessor, which received stiff criticism for its poorly CGI, the sequel's trailer promises an upgrade in the area too, but still leaving space for further improvement, argues reviewers.

"We’re treating this very much as his own world. Venom’s story is his own world, There are nods and little moments just like this newspaper The Daily Bugle, but on the whole, he’s unaware, they’re unaware at this point of other characters like Spider-Man. So, that’s the way we’ve chosen to play this particular episode of the movie." said Andy Serkis.

The most anticipated follow-up of 2021 currently, "Venom; Let There Be Carnage," will be available in theatres on September 24 but sadly won't stream on any services simultaneously. But as per sources, it will eventually be on Netflix, thanks to the deal Sony signed with Netflix last month. Although undecided, it is also expected to be available on Disney Plus.