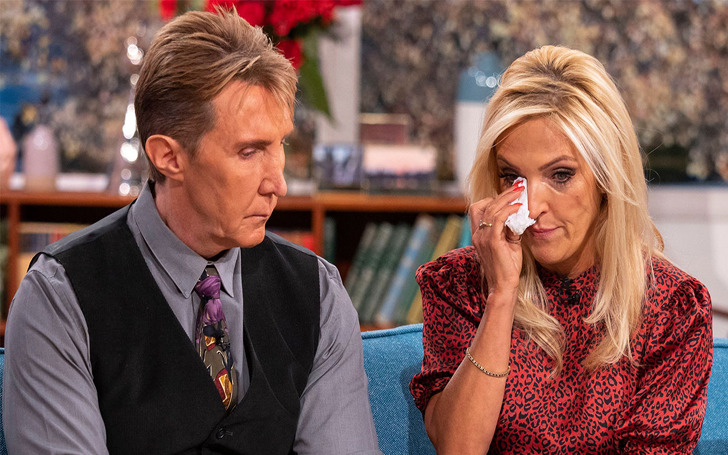 Eva Speakman details her harrowing domestic abuse from way past.

Eva Speakman is one half of the motivational speaker duo The Speakmans consisting of her husband, Nik Speakman. They are also therapists and published writers who use multiple platforms to help people through anxiety and coach them on getting through life.

They started working together since 1992, when the therapists were drawn to helping people and using their knowledge to help people out. They also started their own therapy style known as Schema Conditioning Therapy and helping people through their website as well.

But today, the two are not trending because of the work they are doing with people and the emotional struggles of others they are helping to alleviate. Instead, the reason for The Speakmans trending is due to the domestic abuse Eva Speakman suffered at the hands of her ex.

The Speakmans are regulars when it comes to the ITV show 'This Morning,' and they were also on the show yesterday morning promoting their new show 'Dangerous Love' when Eva opened up about her own struggles with her former boyfriend. She talked about going through domestic violence, and though she knew what was coming, it was extremely difficult for her to leave the abusive relationship.

“I had become somewhat desensitized to the verbal abuse, in that beginning when you are showered with love you are so invested and give so much trust, that is a form of grooming. After a few months passed, it's the little things that have been said,” Eva spoke about how her low-self-esteem was played upon, and she was groomed to take the violence and thing it was her fault.

“It progressed for me to feel I was stupid, things I said were stupid,” she explained. “I shouldn't be speaking to certain people; a lot of control didn’t realize it was at the time, I just felt I had lost me... I didn’t know who I was. I would look for him for a reaction to speak to someone to look to see if it was ok I speak to this person.”

Eva and her ordeal were already harrowing and heartbreaking, but then the description of her past relationship became horrific when she started to talk about how she was abused physically. It was verbal assaults to a point, and then all of a sudden, she knew abuse would escalate to physical beating.

“I got head-butted three times, I remember hitting the deck,” she describes the horrific beating she received from her then-boyfriend. “I hit the bar. I just remember excruciating pain I had never felt in my life, physically, so much pain physically. I was really frightened; I didn’t know what had happened. I said to my cousin, "Help me, take me to the hospital," so she did.”

After the incident, the therapist wanted to leave the relationship and get away from her abusive ex. But it was easier said than done for Eva, who tried to drive off in her car, “I remember my car window being smashed, the glass fell onto me, I had to drive to get away from that.”

Eva then talked about her ex coming to her house and then getting into a confrontation with her dad, which resulted in the unnamed ex breaking the nose of her father. She never saw her ex after the incident, and instead of talking about the physical and mental assault she received, she bottled it inside of her. “The issue is I didn't talk about it enough, I didn't discuss it, it is painful,” Eva explained. “We will talk about it. I had very low self-esteem. This is how it happened to me. I now realize this, and it's a great move for me and anyone watching - there is no shame associated.”

Then the mother of two turned to the camera and spoke to the people directly, saying, “You are the victim, not the perpetrator. It is not your fault. I’ve got nothing to be ashamed of embarrassed for.” The host of This Morning, Holly Willoughby, was not able to control her emotions and needed a tissue to hold back tears.

Holly got herself together after a little breather and praised Eva for her bravery in sharing such a difficult and horrific event of her life. “You’re the experts in this, and yet you’re living with this trauma inside. Well done, you are so brave. I am full of admiration for you, I really am,” the host said, and the same sentiment was echoed throughout social media by people who praised her for talking, and some even shared similar stories.