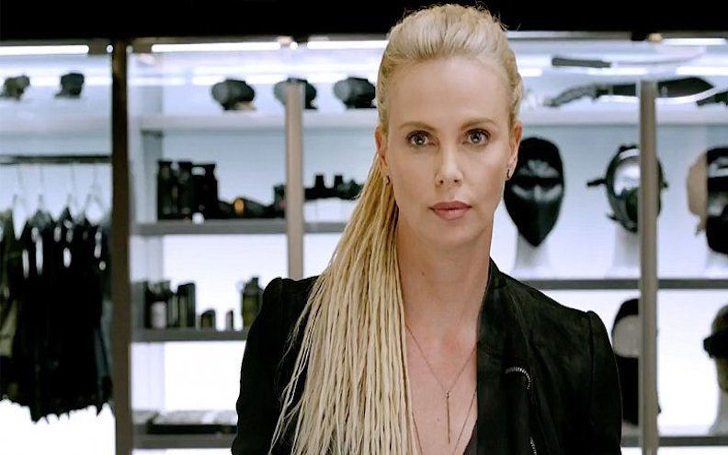 Charlize Theron is sporting a new look for the upcoming Fast & Furious 9.

The so-so dreads are finally gone, and Charlize Theron debuts a clean bowl cut for the upcoming Fast & Furious 9 movie. Charlize played the role of 'Cipher' in the hit movie 'Fate of the Furious' where she became the first main female antagonist in an F&F movie.

Cipher first appeared in the eighth installment of the rebranded franchise where Cipher appears in the place where 'Dom' is living with his family and tells him something which forces the leader of the Fast & Furious crew to abandon his family and work for Cipher. The cyber-terrorist was later shown to be holding Dom’s former flame and his child, a baby boy, hostage on a plane and we figure out the reason why Dom was working for Cipher in the first place.

Watch: Dom and Cipher meet for the first time in Fate of the Furious

But Dom was not going to sit ideally by and let the hacker destroy his as well as his family life. After some help and a little good fortune, Dom is helped by 'Deckard Shaw' who helps Dom get his son back and help save the world from the evil plans of Cipher.

During the final moments of the movie, we see Cipher escaping and also hear she is somewhere at large in Europe and was last seen in Athens. This allowed Dom and Cipher to live to fight another day and the whole story didn’t feel like it reached a conclusion so Cipher is back and she is bringing her new look along to torment Dom and his family.

Watch: The Shaw brothers save Dom's baby on Cipher's plane

The Fast & Furious franchise recently released the relatively successful 'Hobbs & Shaw', which was a spinoff of the original film series with 'Luke Hobbs' and 'Deckard Shaw' partnering up to battle a nefarious organization called Eteon which was going to release a virus to kill all unworthy people with only the chose and the strong allowed to inhabit the earth. Charlize was rumored to be played the leader of Eteon, but there wasn’t much truth the rumor considering the director David Leitch was in talks with Keanu Reeves for the role. Finally, she was confirmed to be returning in the role as the villain again in the ninth installment by Vin Diesel in July.

Though the casting of Charlize in the movie was already announced, the 'Long Shot' actress announced her involvement in the series by posting a photo of herself sporting a bowl cut with the caption “She’s baaaaack,” with a hashtag Fast 9 along with another photo of a set chair with her character’s name “Cipher” written at the back of the chair, if it wasn’t already clear enough.

One of the iffy parts of Cipher, other than the fact she kept whispering into her computer, and it was almost all the interaction she was involved in the movie, was her dreads which neither seemed to fit her character nor seemed appropriate and it seems the hair and makeup department realized it is best to cut the hair.

Even though Charlize is coming back to the movie, not much is known as it pertains to the story of the film. This is the first time a Fast & Furious movie will feature the same villain in two different films; the series is probably looking to set itself up for the final act before the alleged curtain call with the tenth installment which was always said to be the final installment in the Torreto saga. The movie is also featuring John Cena, and we recently heard Vin and John would be involved in an intense scene.

We think John will play a primary villain role while Cipher takes the role of the overarching villain and this movie will do a fine point in establishing Cipher as the main villain of the series so the rumored final movie of Dom saga can up the stake by making things personal. Considering how Cipher threatened to kill Dom’s kid and also killed his former flame, things don’t get more personal for the man who values family more than anything.

Charlize is also rumored to be appearing in a spinoff movie for Universal stemming from the Fast & Furious franchise, we are not sure how they are going to make a Cipher movie work, but considering how good a villain she was with limited development, we won’t say now to more Charlize and Cipher. Fast & Furious 9 movie is arriving in theaters on 10 April 2020.

Charlize will next be seen in the award contender movie ‘Bombshell’ which currently hold a release date of 20 December 2019. Margot Robbie, Charlize Theron, and Nicole Kidman are starring in the based-on-a-true-story movie with Charlize playing the controversial Fox News host Megyn Kelly.