home Movies & TV Shows The Walking Dead Season 10: Don't Worry, Michonne will be Back in the Second Half

The Walking Dead Season 10: Don't Worry, Michonne will be Back in the Second Half 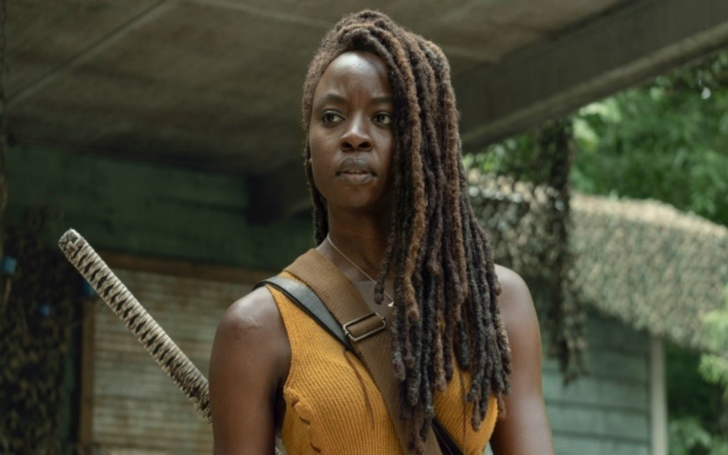 The Walking Dead season 10 episode eight is not the last time you will be seeing Michonne in the show this season.

After many promises in the seventh episode of 'The Walking Dead season 10' ending with a blockbuster death, the first half finale of the show was lukewarm at best because the 'Daryl' and 'Carol' gang are falling for the same tricks and it is just getting boring at this point.

There were still some positives from the show as it moves closer to the ending of the Whisperers arc and start of the Commonwealth arc in the show. We are getting some downtime from the show, which is always good, and there were some bright sparks in the starting eight episodes of the show, and we are hoping it translates into a better second half.

Watch: The trailer for the tenth season of The Walking Dead

Major spoilers for the mid-season finale of The Walking Dead, turn away now if you do not want to get the episode spoiled, but if you don’t care then carry one.

The Alexandrians, Hilltop, and former people of kingdom decided they needed to check out something 'Gama' revealed about the hoard, and even though she was probably telling the truth, Alpha’s hoard was not there anymore, and the 'Daryl' though they were played. 'Aaron' still believed in 'Gama,' but then Carol was back there in her stupid ways.

At this point, we don’t know why 'Carol' is still even on the show; she is not as badass as she used to be. Neither is she sane as the days went by, and the only thing left is a person who does not share any connection with the people killed by Alpha, but still, she is the one who needs vengeance the most.

This is confusing to us, and Carol's bad decision again landed others in a position which they will get out of but still shows how much of a liability and irritating Carol is. After seeing Alpha from the woods, Carol chases after her, like Alpha is just gonna get caught strolling through the woods.

Watch: Everyone gets trapped in a plan set by Alpha

Still, Carol chases and voila, what happens? They all get trapped in a cave with the Apha’s hoard. So, not because of Carol’s stupidity, again, people are in danger. Remind us why we need her in the show anymore?

But the interesting story was not with 'Carol,' it was at the Oceanside where the couple was set up for the future of the show was taking place, and one of the setups is the departure of Danai Gurira, the actress who plays 'Michonne.' Danai said this is her last season as the character of 'Michonne' as she will also be making the jump into the feature film currently in development with Andrew Lincoln set to come back as 'Rick Grimes.'

As the final episode was unfolding, a new character arrived on the scene named Virgil, who, after much prodding, revealed he was living on a naval base with other survivors. 'Michonne' asks for help, and in return, she provides him with a boat, and by the end of the episode, we see 'Michonne' on the boat with the mystery man heading to a military base in search of weapons.

Considering Danai is leaving after season 10, most fans wondered if the character was gone from the show forever. Well, we are here to tell you, 'Michonne' will be back in the second half of season 10, and sailing off into the sunset is not the way she will be going out.

Don’t believe us, well, hear from Angela Kang’s mouth, “She goes off with Virgil and there's a little bit of a trip there, so no, we won't see her right away when we come back, but I won't say exactly when she comes back in the back half,” Angela said. “But there is more story for her. There's some meaty content with her that will hopefully be cool for the audience. She's going to go through some really emotional and complicated decisions. There's going to be some stuff that will introduce some very interesting intrigue in her story as well. I hope we've done right by her. I think she's just absolutely brilliant. That's about as much as I can say without giving too much away.”

Whether she finds the weapons or not, the character will be back in the show, and as the showrunner explained, it probably won’t be a quick comeback, but still, there will be a fitting goodbye to the character like the one for Rick in season nine.

Watch: The trailer for the second half of The Walking Dead Season 10

The second half of 'The Walking Dead' will be back in 2020, and we only hope it is as scary as the seventh episode of season ten.

Before you leave, make sure to head on over to our Movies & TV Shows section for all the latest updates on all your favorite properties of both small and large screens. Also, do not forget to visit Glamour Fame to be in the know of all the happenings in the world of show business.