home Entertainment Things You Need to Know about Dejon Daniels

Things You Need to Know about Dejon Daniels 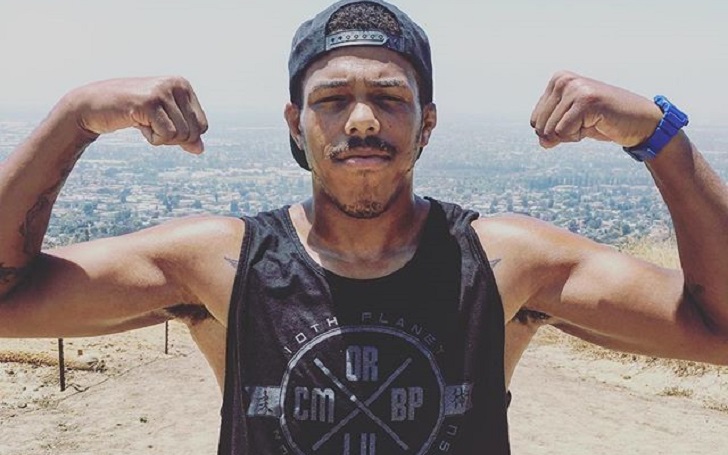 Dejon Daniels is a professional LFA fighter from Anaheim, California, affiliated with Sparta MMA. With a fight till the death, he made his pro debut on May 6, 2017, but his boxing record can fairly justify his strength.

Many recording sites will have you with different records, according to which fights they consider official in the Pro or Amateur business. But all things considered, Dejon Daniels' pro-fighting record is 1-4-0. He's also lost one match against Kenneth Hwang at the CAMO, the Amateur league in California.

The 26-year-old's only win came against Kurtis Crum at the World Fighting Championships 78 on September 9, 2017. As with all his fights, there was blood pouring out.

There were two losses on either side of the date of the winning fight. The first one was a unanimous decision loss against Alex Thompson at the KOTC: Groundbreaking on May 6, 2017. A piece was written about him donating a part of his liver to save his infant son before his debut fight, which surprisingly doesn't exist now.

However, Los Angeles Times does contain an article about one Dejon Daniels lending out a portion of his liver to his son, Donovan Daniels. The article mentioned it was the 300th liver transplant operation for the Children’s Hospital Los Angeles back in 2016.

If the father mentioned is, in fact, the fighter, then he is married to Jessica Valdepeña with a three-year-old (approx.) son, Donovan Daniels. Donovan was diagnosed with a life-threatening liver disease called biliary atresia.

The second loss for fighter Daniels came at the hands of two-game unbeaten Edmen Shahbazyan at the CXF 8: Cali Kings on June 17, 2017.

Daniels lost this one against Shahbazyan.
Source: Dave Mandel, Sherdog

The two losses after the only win was in 2018 against another unbeaten Herdem Alacabek on July 20 with a rear-naked choke submission, and against debutant Samuel Ray Barrera on December 6.

More: Facts you need to know about boxer Ryan Garcia

Everybody knows the weird Charlie Zelenoff, the self-proclaimed boxing champion of the world. Really, even his parents are all for with his 240-0 record. Dejon Daniels was one of his victims back in 2014. Or was he?

Two sides of the fight will have different stories to tell. While one half believes Zelenoff was too much for Daniels and left the ring, the truth is simple. He was scared with Daniels jumped on him, so much so that he fled the ring claiming he'd won against him.

But we won't be a stick in the mud for you. Watch the videos, and you decide. Daniels does claim he beat up Zelenoff.

Watch: The Round One

Watch: The Round Two

Daniels was just entering his early 20s and the training years of his martial arts career. He was too much for Zelenoff.