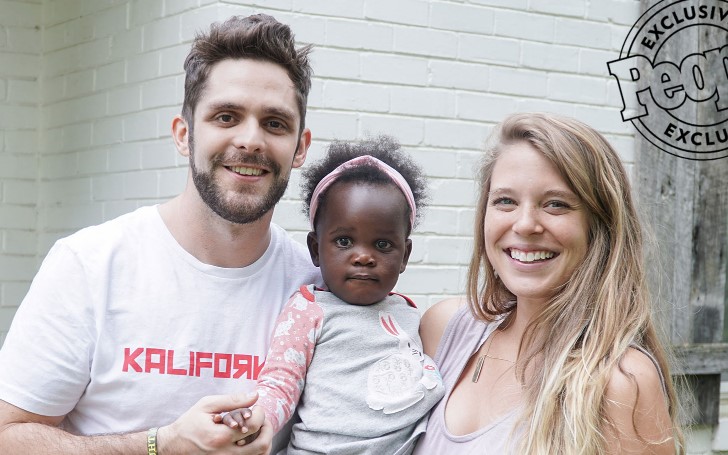 Thomas Rhett and Lauren Akins recently opened up about their feeling. The couple revealed they want their oldest daughter to embrace her culture and will start encouraging her to do so.

Rhett and Lauren adopted their oldest daughter, Willa Gray, from Uganda in 2017. In a recent interview with the Entertainment Tonight, the couple revealed they are committed to encouraging their daughter to embrace her culture.

During the interview, Rhett said he and Lauren want to get across how proud they are and that they want their daughter to grow up proud of herself and her family.

Rhett and Lauren want their daughter, Willa Gray, to embrace her culture.
Photo Source: One Country

"That's something we want to educate her on as long as she's still in our household and even beyond that. Willa is one of the smartest that I've ever met. She is so smart."

"Even when she comes from school ... the main thing [her teachers are] saying is how intuitive she is and how much she recognizes at a young age."

"Willa Gray acts like such a mom now. Ada James is a little young to kind of take on that role, but Willa... I mean, she'll feed her. She'll comfort her. She'll hold her in her lap. She can hold her standing up now. So, it's been really cool to just watch them become amazing big sisters to Lennon."

You May Also Like: Who is Hopie Carlson? Some Facts to Know About Tucker Carlson's Daughter