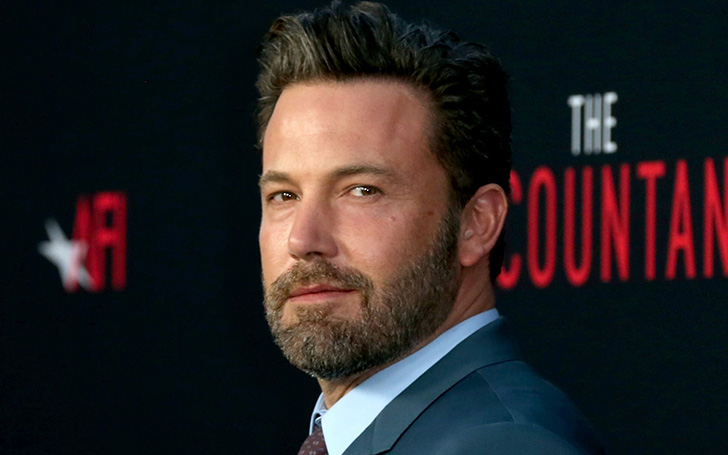 Actor, Director, Producer, and Academy Award-winning writer, Ben Affleck, is one of the most popular leading men in Hollywood. There is no shortage of good to great Ben Affleck movies out in the world and with over 25 years in the film industry, he has made a name for himself.4

Ups and downs are part of every artist's career, whether it is an Oscar win or a Razzie win, but Ben has always managed to land on his own two feet and move forward. Ben Affleck's IMDb page is probably one of the most inconsistent pages you will see on the website. He has had hits to his name but there are also some huge duds that make you want to scratch your head, Gigli, for example, is one of the worst movies we have ever seen but he is also an Oscar-winning writer.

With over 70 acting credits to his name, it is not a hard thing to find the 10 best movies. So, here is our list of Top 10 Ben Affleck Movies!

Say what you will think about the whole movie, it is not great, it is not bad, it is just somewhere in the middle. But, that opening scene alone earns Ben Affleck's performance a spot on this list. That opening sequence got everybody's hopes up for the movie and slowly it seeped away as the movie rolled on. As much as his hiring was derided by fanboys and girls, that much his performance was lauded after the release of the movie. The portrayal of an old Bruce Wayne, who is bitter towards the world in the only thing we got out of the movie.

It's a Michael Bay flick with Bruce Willis and Ben Affleck and Liv Tyler (Steven Tyler's daughter) and a really catchy 'Aerosmith' song that you are going to hate yourself for liking. This movie is something that people like to call "leave your brain outside the theatre" movie but that is not an apt description for this one though, Armageddon is "shove your brain inside an Adamantium box and throw it in a volcano, then watch" type of movie. Don't expect a masterpiece but Ben Affleck does a brilliant job and also, if you do watch this movie, watch it with Ben's commentary, it is very funny.

Another Michael Bay flick, this is well a slightly better than 'Armageddon' so it is one step higher. A historical movie riddled with historical inaccuracies, we know they need to dramatize but, there are a 'Days of our Lives' type of soap opera going on in the middle of the movie. Still, this is slickly made action flick that you can just turn on and enjoy if you don't think much.

This movie was at the height of Kevin Smith's genius, back when people considered Kevin Smith as the next best thing to come out of a low budget circuit. Smith's career mostly went nowhere, we still love him, but this one was one of the funniest movies he made, and getting two great friends Matt Damon and Ben Affleck together was also awesome because those two played off each other so well and their performance still stands out. Check out 'Dogma' if you like movies that are so far out there that it is funny.

For this one, Ben Affleck put on hit directing hat as well as his acting shoes. The Town is still one of the grittiest crime movies made this side of 2000. A bank robbery film starring Ben Affleck and Jeremy Renner may not sound that original but the characterization of heroes and villains is so visceral that it was unbelievable when we first saw the movie. It was also a return to form for the actor and this was the sign for great things to come right on the hills of his directorial debut 'Gone Baby Gone' which is another of his masterpiece.

'Chasing Amy' is without a doubt one of our favorite movies by Kevin Smith. These types of movies are no longer made by a major studio with everyone chasing the next MCU, but still, when we saw this for the first time it was a revelation. This is a simple love story but the execution and the acting and the directing pushes it over the edge of any other Kevin Smith movie ever. 'Chasing Amy' has one of the rare comedic plus serious performances by Ben Affleck and he nailed it on this one.

Ok! Don't rip out heads off, Gone Girl is in the third spot instead of the first one because the movie is awesome because of Rosamund Pike's spooky, spine-tingling performance. The movie is still great but what would it be without the former Bond girl creeping the hell out of every middle-aged man.

By the time 2012 rolled in, Ben Affleck had proven himself as a good director with two acclaimed movies under his belt. By the end of 2012, he was a force to be reckoned with. Argo was a movie where he directed and acted and won an Academy Award for Best Picture. A rescue movie where the CIA uses a fake sci-fi movie to rescue 6 American consulate workers from Tehran, based on a true story, it was bound to be a hit but Ben Affleck's acting, as well as his directing, pushed the movie over the hump which resulted in 3 Academy Awards.

For the first pick, we chose the first major role of two of Hollywood's biggest name today. Good Will Hunting starring Ben Affleck, Matt Damon, Robin Williams, and Minnie Driver, is still lauded as one of the best movies made in the 90s. Based on the original screenplay written by Affleck and Damon, this one won the two of them a Best Screenplay award at the Academy Awards. This will always be a special movie considering the also amazing performance by Robin Williams.

Ben Affleck has had a very long career and through all the ups and down he has managed to move his career in the right direction. With 2 Academy Awards, we have to say it is one of the most successful careers in Hollywood and we hope we see more of Ben directing as well as acting.