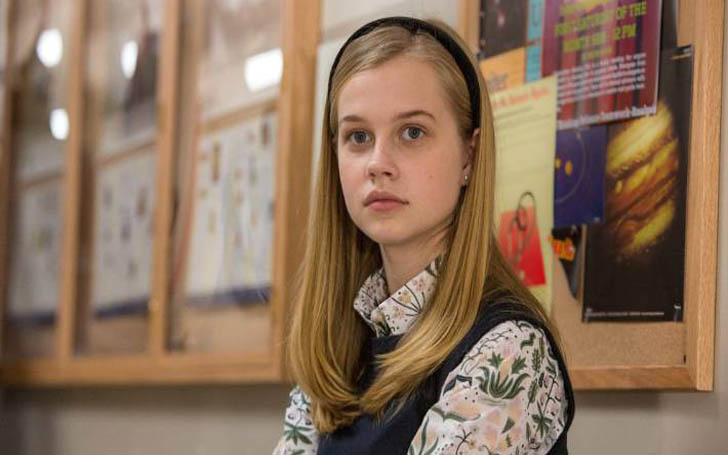 Angourie Rice is one of the most exciting young acting prospects in Hollywood. With her beautiful smile and her peculiar charm, some can’t help but think that the Aussie is one of the brightest stars when you consider the future of Hollywood. The Australian born actress comes from a family of moviemakers who is involved in the film making business, her father being a director and her mother a writer and actor. The work ethic was instilled within her from a very young age, and the result can now be seen in her work in various high profile movies.

The types of roles she portrayed in her catalog, most up and coming actors would be jealous of. So, here we take a look at the top five movies of Angourie Rice’s pretty young career.

The Beguiled is a movie directed by award-winning director Sofia Coppola, based on the novel of the same name. The film centers on a girls school where the teacher brings in a Union Soldier during the American civil war after he gets wounded. Angourie played the role of 'Jane', and she was magnificent as she was surrounded by a tremendous cast that included Nicole Kidman, Kristen Dunst, Elle Fanning, and Colin Farrell. Her role in the movie was not significant, but still you could see, she was keeping up with some legendary actors and being directed by an award-winning director.

The greatest testament to an actor’s talent is when a director personally asks you to star in his/her film. That is what happened in Angourie’s feature film debut when she was handpicked by the director Zak Hilditch to star in the post-apocalyptic movie, 'These Final Hours'. She starred in the film alongside Nathan Phillips who plays James; as he helps Rose played by Angourie reach her parents.

Her first significant Hollywood starring role was in an adaptation of a much-beloved book by David Levithan. The film follows Angourie as she is in love with a guy who wakes up in a different body every day. The movie was not a massive success as it only made $10 million at the box office, but the film played a huge role in showing her acting chops in major studio production.

'The Nice Guys' was definitely one of the best movies of 2016, the black comedy movie directed by Shane Black was a breath of fresh air in an industry where everything was just same old, same old. With Russell Crowe and Ryan Gosling starring, people would definitely be more focused on the two leading men, but that was not the case as Angourie played the daughter of Ryan Gosling and she stole every scene she was in. Talk about making a giant statement, overshadowing two of the greats of Hollywood, doesn’t get better than that.

Angourie played 'Betty Brant' in Spider-Man: Homecoming, but we did not use this movie in our list because her role was not much significant to notice. In Spider-Man: Far from Home though, she was very involved in the story, and we have to say she did the best she could with the role she was given. The reason this movie is on top our list is because of the number of eyes balls Marvel films generate and we are happy that Angourie got to show her talents in such a huge movie.

Angourie is one of the most talented actresses in Hollywood right now, and she is finally getting the recognition she deserves. We know she is uber-talented and with the way her career is going, the sky is the limit for the talented actress from down-under.