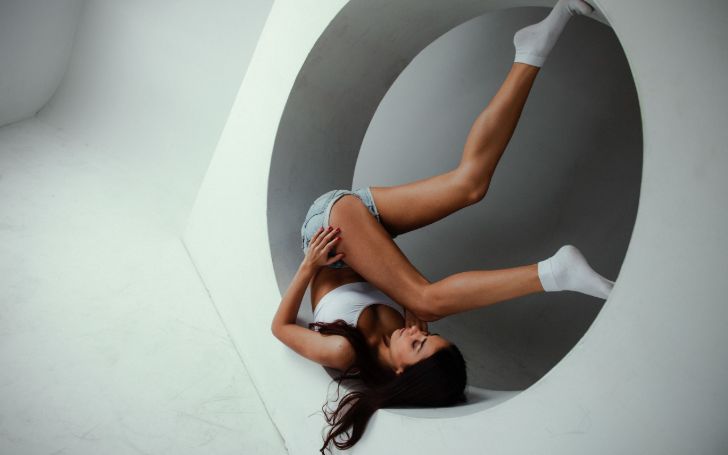 Russians are admired for their beauty and raciness. They are a dream to many men out there, and so is the sensational Helga Lovekaty.

Beauties such as Natalia Vodianova, Irina Shayk, and Helga are some of the examples of Russian bombshell that we can't keep our eyes off.

So, to know the hot and stunning Helga better, we have come up with some of the fascinating facts of the Russian beauty Helga, let's dig in.

Yes, you heard it right, the fitness model was once rumored to be in an affair with the winger of Spanish club 'Real Madrid'.

As by sources of various media outlets, the Portuguese star Ronaldo went to the party with James and introduced both of them back in 2017.

You May Like: Who Is Cristiano Ronaldo Wife? Is He & Georgina Rodriguez Married?

Both the love birds never came out publicly about their relationship, but the rumors regarding their affair were trending all over the tabloids and magazines.

The sensational model shared in an interview with Just Richest, that she loves traveling reading, and watching movies in her spare time.

At the young age of just 27 Helga is already half the way to be a millionaire.
SOURCE: Just Richest

According to Married Wiki, the gorgeous glamour sensation holds a staggering net worth around $500,000.

The sources behind the envying fortune are all credit to her modeling career and high profile Instagram.

An average model earns around $50,000 per year, and she's a part of some leading modeling agencies like Mavrin Model - the glamour project created by Aleksandr Mavrin, who is known as one of the extravagant Russian photographers.

Similarly, she is also an Instagram model where she often shares alluring snaps of her.

The gorgeous Russian model has more than 3.9 million followers on Instagram. She can credit her Instagram for all the success she has now.

Lovekaty first began posting photos on in June, 2013 and now she is undoubtedly a star.

Besides, she is also popular on Twitter with more than 20,000 followers and runs her own YouTube channel 'Helga Lovekaty' with 5.3k subscribers and 160,639 Facebook followers. Simply saying she is all over social media.

1. Never Had Gone Through Any Surgeries or Implants

As we know many model opt for implants and augmentation to enhance their looks and to add sexiness to physic.

But the 27-year-old model has not gone through any of it and never plans to go for it too. All her libidinous curves and racy physic are natural.

We hope you enjoyed the facts, stay connected with us, and find out more intriguing articles of your beloved celebrities, and Entertainment news only on Glamour Fame.