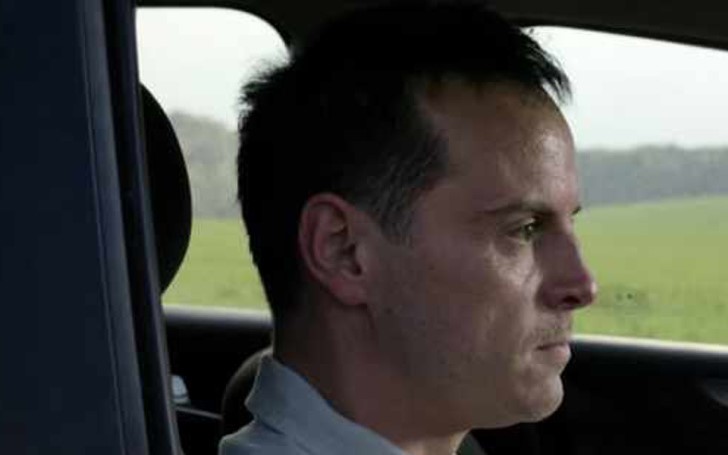 The mind-bending series blurring the line between morality and insanity return for its fifth outing.

Ever since its first outing in 2011 with the repulsive episode 'The National Anthem' no other TV series has been able to capture the zeitgeist of current popular culture like Black Mirror. With its commentary on the benefit of modern technology and how fast the convenience turns into a burden is like an imaginable future. That was the reason why Black Mirror was both scary and a cautionary tale and also the reason for its popularity.

Watch: The trailer for the fifth season of Black Mirror

Over the past 8 years, 'Black Mirror' has given us numerous moments that have been burnt into our minds. Be it the perpetual death sentence in 'White Bear', or the whole episode of 'White Christmas' or the ending of 'Shut Up and Dance' or the last 20 minutes of 'Black Museum'. There is no shortage of unforgettable moments when it comes to the series as a whole.

Season 5 released on June 5, 2019, also had a few moments that are worth mentioning. so, here is our list of Top 5 Moments From Black Mirror Season 5.

5. The first fight between Lance and Roxette

In the first episode, two friends 'Danny' played by Anthony Mackie and 'Karl' played by Yahya Abdul-Mateen II, meet during Danny's birthday. Karl gives him a gift, the new version of 'Striking Viper' with the interactive virtual reality feature. This used to be the game the guys used to play 7 years ago when they were roommates.

That night, Karl sends an invitation to play 'Striking Viper X' to 'Danny', he accepts and they start playing. The whole atmosphere of the game is hyper-real, they chose their characters, 'Danny' chooses 'Lance' and 'Karl' chooses 'Roxette'. 'Roxette' beats 'Lance' repeatedly and finally, 'Lance' pins her down, but 'Roxette' gets on top again and then starts kissing 'Lance'.

Black Mirror is unpredictable but this was the last thing we expected and it set up a great conflict of choice for the rest of the episode which makes it a great moment. 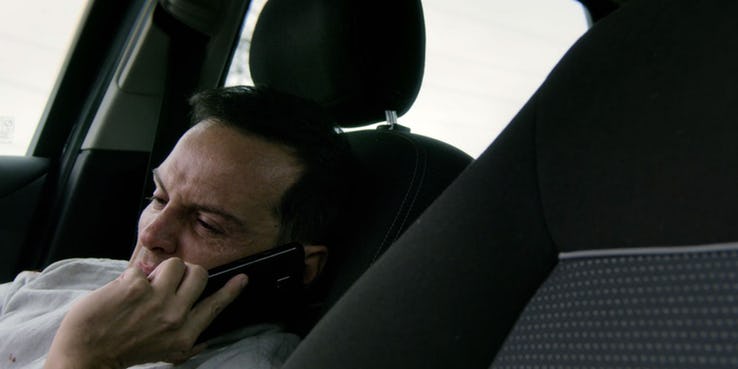 After swerving his car to the middle of the field and his first conversation with Smithereen's office, the tech girl taps Chris' phone. Chris starts talking to Jaden and tells him, that he will be released and also that the gun is fake. The people listening in hear the gun being fake and tell the police about the situation. The police decide to move in on the car, Chris sees this and tells them the gun is real. He takes the gun out and shoots it in towards the sky. The incoming officer ducks and authorizes the sniper fire, Chris is winged and he ducks down.

The game of chicken that the police played with Chris almost risking everyone's life, basing their intel on an unreliable source is what makes this episode a great moment. 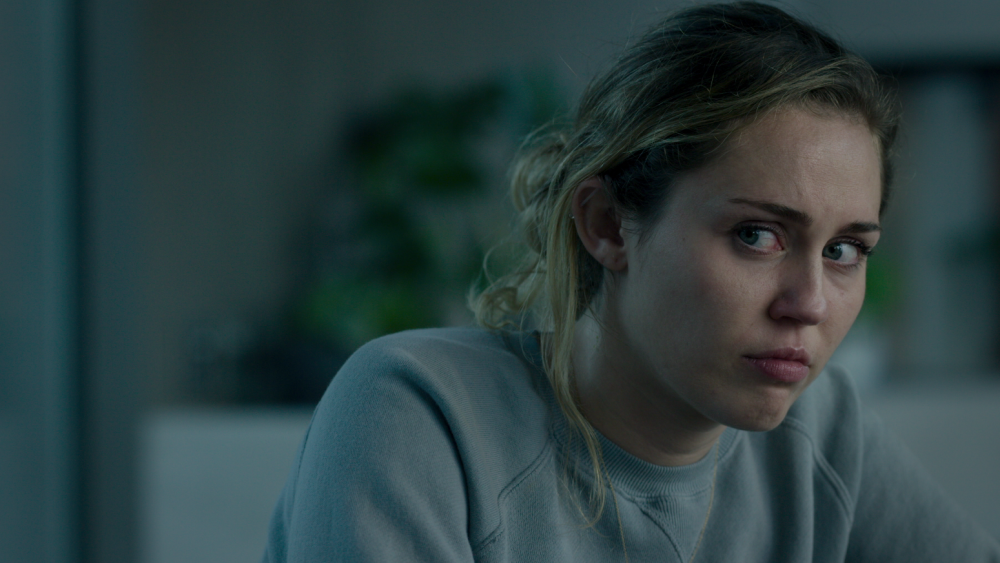 Ashley tells her aunt that she is going to fire her.
SOURCE: Variety

Ashley O played by Miley Cyrus is managed by her aunt, Catherine who gives her medicine which is later revealed to make her more compatible with suggestions. Ashley realizes what is happening so she starts palming her medicine and not take them. Her aunt has a secret camera inside the dressing room, from which she sees that Ashley is not taking the medicines.

Catherine gives her house kitchen crew a break and orders take-out food. Catherine shows Ashley the diary that she stole from Ashley's room and then the singer tells her that she will be fired, but then it is revealed that the food was laced with a high amount of the hallucinogen which puts Ashley in a coma. 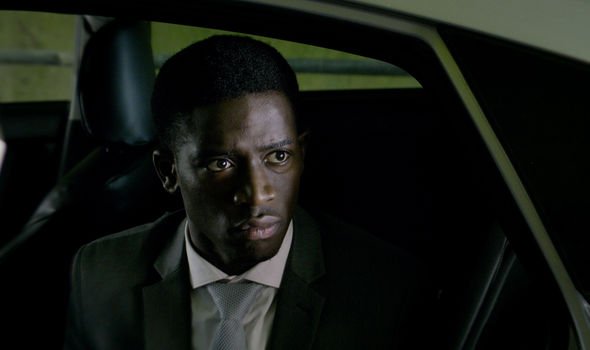 Jaden explains to Chris he is just an intern.
SOURCE: Daily Express

Chris' real intention of stalking the Smithereen office in London is revealed when he pulls out a gun to kidnap Jaden. He picks up Jaden in front of Smithereen's London office, asks him if he worked inside the office. Jaden answers in the affirmative and his plan are set in motion. Chris takes Jaden under a bridge where he is about to switch cars but then Jaden reveals that he is just an intern and started working at Smithereen a week ago.

Chris' realization of the mistake he just made and the fact that he can't go back now is what makes this one of the top moments from season 5.

Chris finally gets to talk to Billy, the head of Smithereens, he explains how he was the reason for the death of his wife. While coming back from his mother's house Chris' phone dings with a notification, he explains how the road was straight and he just took his eye off the road for a second. A drunk driver hits his car and Chris' wife dies in the crash, he explains how her death was his fault but everyone just blamed the drunk driver.

Chris reveals to Billy that he intends on killing himself, he hangs up the call and lets Jaden go. Jaden asks him to not kill himself but still, Chris insists on his stance. When Chris puts his gun down Jaden tries to take it away, they struggle and a sniper fires. Everyone receives a notification of the event, people watch it and move on with their lives.

This is the best moment of season 5 because the death of a person was compressed down to a single notification, a perfect embodiment of our current lives.

Black Mirror has always pushed the envelope, of technology and what the impact of its misuse will have on our lives, forward. This season was a little toned down for its own standard but still, it managed to provide a couple of outstanding moments to stand along some of the greats of previous seasons.