home Entertainment Tyler Cameron's Fling with Anastasia Karanikolaou is Over

Tyler Cameron's Fling with Anastasia Karanikolaou is Over 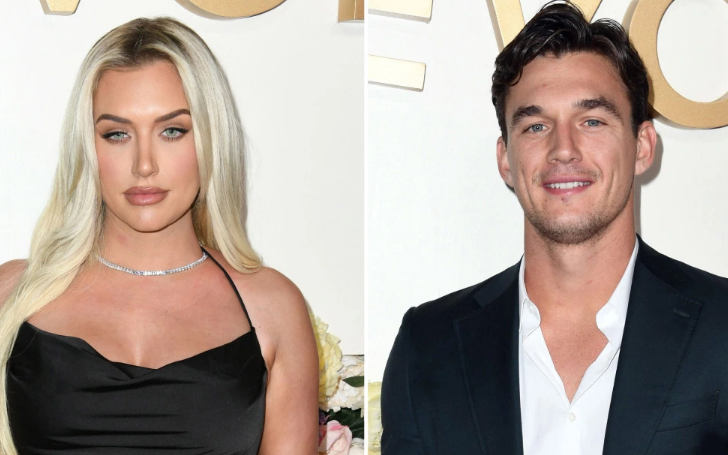 Tyler Cameron and Anastasia Karanikolaou's fling has fizzled out.

Tyler Cameron, oh boy! He is moving faster than Flash. Here's the end of another "fling," and we can pretty much expect news like this to pop often when it comes to Tyler.

Reportedly, Cameron's "short romance" with Kylie Jenner's BFF, Anastasia "Stassie" Karanikolaou came to and end. Just a few days ago, we covered a story, Tyler and Anastasia were hanging out, and people thought they were more than just hanging out.

And when we found out, Cameron deleted Hannah Brown's pictures from his Instagram account; we thought there's something serious going on with Karanikolaou. It seems we were deadbeat wrong. Tyler is motivated and not settling for less, we suppose. One of the media outlets confirmed, "Tyler is no longer hanging out with Stassie."

The source continued, "Their fling ran its course and fizzled out. There was no anger or hard feelings -- Tyler is no drama. There just wasn't a future there." While the two never admitted their relationship, Tyler representative confirmed he is just casually dating at the moment and not looking for anything serious.

Well, it makes sense. As reported earlier, Tyler is currently focusing on his career, and clearly mentioned it, he can't have any distraction at the moment.

But we are pretty sure; there was something between the two since they said it all; we are not here to make a big deal out of it. They had fun and called it off without a drama, and we are okay with it. Pretty clean-slate, aye.