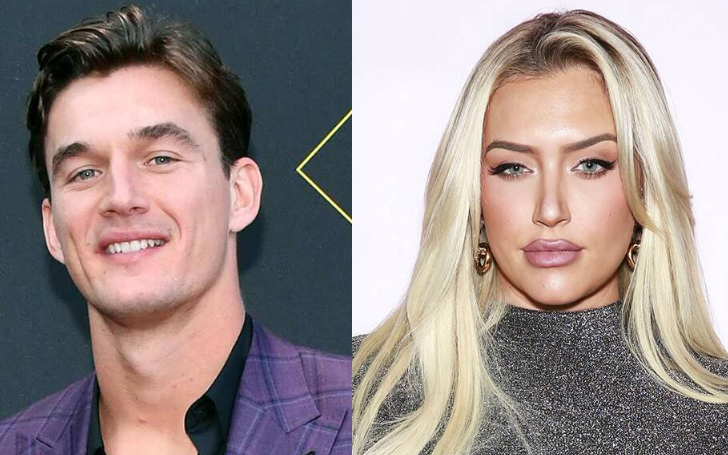 Tyler Cameron and Anastasia Karanikolaou are getting close.

Tyler Cameron sure is in a flirty mood these days, and his newfound fame is doing wonders for him, too. According to reports surfaced recently, Tyler was seen with Kylie Jenner's friend (by the way, did you know Kylie just sold the majority of her stake from her cosmetic company?).

Cameron and Anastasia 'Stassie' Karanikolaou was seen having a fun night out - (just a casual hangout nothing more to be precise). But that still is quite an achievement for Tyler.

Following the reports, people are suspecting the two must be dating as they were spotted together again at an NFL Football game on Monday, and a nightclub later that night.

Some even claimed the pair were spotted getting too cozy, as Tyler, who recently broke up with Gigi Hadid, was filmed holding and kissing Anastasia at a bar in West Hollywood, California.

According to the sources, the pair attended the Los Angeles Clippers game but met up at the West Hollywood nightclub later that evening.

The source added, "hey had met in passing before at a few events in L.A., but this was the first time they truly hung out and vibed with one another. Tyler and Stassie were dancing together to hip-hop music and were showing a lot of PDA... He was holding her. They were whispering in each other's ears and talking the entire night.

And if we have to go by what the reports claim, Tyler and Anastasia seemed very into each other. Source said, "Tyler leaned in and kissed her neck at one point, and also definitely kissed her cheek in public."