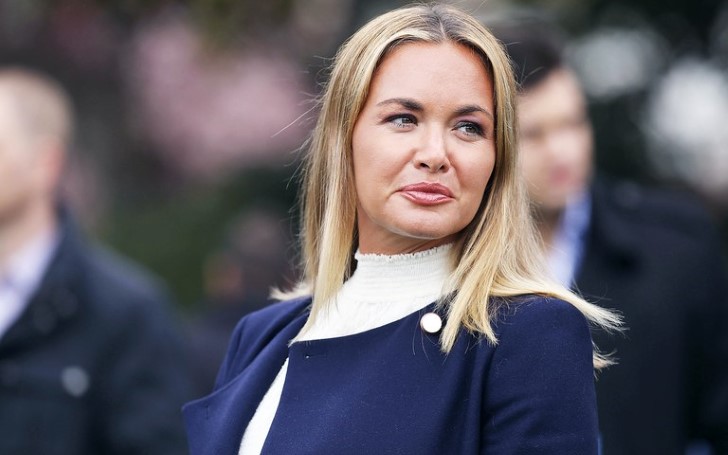 Vanessa Trump released her first official holiday card after filing divorce from her husband Donald Trump Jr. The photo included everyone in the family except her former spouse Trump Jr.

The 40-year-old mom shared a photo of herself with the five children she shares with Donald, Jr.: Kai, 10, Donald III, 9, Tristan, 6, Spencer, 5, and Chloe, 3 with a tweet  "Merry Christmas and a Happy New Year from all of us!"

Merry Christmas and a Happy New Year from all of us ! pic.twitter.com/fnpBzc3fOc

As per the statement provided to the media, the couple married at Mar-a-Lago in 2005 to have tremendous respect for each other. And besides everything, their children hold the highest priority in their life.

“After 12 years of marriage, we have decided to go our separate ways. We will always have tremendous respect for each other and our families. We have five beautiful children together and they remain our top priority. We ask for your privacy during this time.”

Vanessa reportedly filed for divorce from Trump Jr. in Manhattan Supreme Court as the couple was "living separate lives" for some time due to Trump's travel schedule and the alleged infidelity with singer Aubrey O’Day.

Meanwhile, the couple was praised for their mature approach by the State Supreme Court Justice Michael Katz for keeping their children away from the possible chaotic situation.

"I congratulate you for working those things out," State Supreme Court Justice Michael Katz told the couple in July. He added the pair prevented their children from experiencing "what could have been an invasive legal process."

Trump Jr's current girlfriend Kimberly Guilfoyle also released holiday photos of her first Christmas with the Trumps on an Instagram post in which she wrote:

The former Fox News host and her beau posed with President and Melania Trump in the White House and in multiple others, Guilfoyle and Donald Jr. were affectionate.