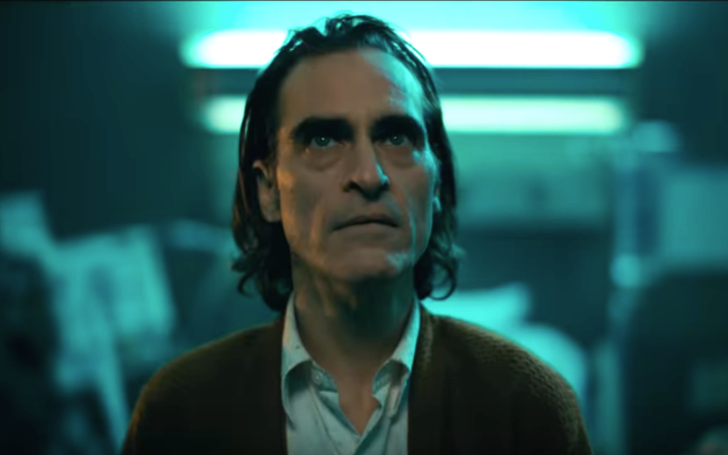 Alberto Barbera thinks Joker is sure to make some waves when the nominations for this year's Oscar nominees are announced.

‘Joker’ starring Joaquin Phoenix is dancing on rave reviews and deservedly so, considering the reception it got during the two press screenings. First, there was the eight-minute standing ovation, and there on the second, there was screams and hoots at the screen when Joaquin’s name flashed on the screen at the end of the film.

It was all response to the fact the film, and the portrayal of the Clown Prince of Gotham is being considered an early contender for the top prize at this year’s Oscar. Joaquin was already penciled in for the top prize an actor can get at the Oscars just going by the trailer but after the film festival debut the small contingent of fans are being supported by a large number of critics and also the festival director at Venice, Alberto Barbera, who said “for sure” thinks Joker will be in the running at the Oscars.

The decision by Warner Bros. to wait out the wide release and instead go the festival route was a gutsy call. The movie was rated R by the film board, and the whole subject matter of the movie was a little touchy considering the real-world parallels drawn in the film. But it also shows WB knew they got an award contender in their hands and the festivals were a route they were more than willing to take considering the type of publicity from these type of showings cannot be bought or made, it is only earned. So, Joker is not slowing down considering they are also scheduled to appear in the Toronto Film Festival where the rave reviews will most probably continue to flood in.

With the Academy being more open than ever when it comes to comic book adaptation considering 'Logan' and 'Black Panther' were nominated for Best Picture, even though we are about three months from the announcement of the nominees for the Oscars it is more than likely Joker will be one of them, or so the director of Venice festival thinks.

In an interview with Deadline, Alberto Barbera was asked about the reception Joker got and what he thinks are the chances of the film joining the year-end award contenders, he was also asked about what other movies which premiered in Venice will show up in the list of nominees.

Alberto said, “It’s hard to say. It’s so unpredictable, and there’s a long way to go. Joker for sure. Noah Baumbach’s film Marriage Story had a very warm response from the press. I think it’s his best film so far. The performances are pretty amazing, and the script is excellent. This could play a role.”

The hype it seems is real, and the movie is not only loved by the critics, but fans are also waiting for the film which means the considerably low budgeted film is sure to make a considerable amount of profit at the box office. There is still the problem of the Academy being open to another comic book adaptation so soon after only nominating Black Panther last year but considering the fans and their love for the character it won’t be a surprise when during the award season the movie finds itself at the top of a hard social media campaign by fans.

Dark Knight should’ve gotten the Best Picture Oscar all those years ago but due to the biases held by the Academy for blockbuster movies and especially superhero adaptations the movie wasn’t even nominated which was despicable considering more than 70 critics named the movie the best one of the year in 2008, more than any other film released throughout the whole year.

Watch: The incredible acting by Heath Ledger as Joker in The Dark Knight

Heath Ledger did get a much deserved Oscar for Supporting Actor, and it seems, going by the hype, Joaquin will be following suit. Considering the man is nominated for three Oscars and still is without a single win, it is high time he finally got the recognition he deserves.