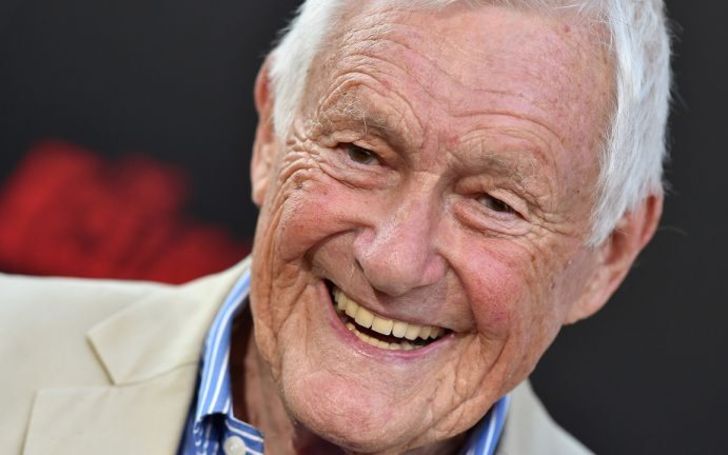 The legendary Veteran star Orson Bean passes away at the age of 91 from a fatal car accident at Venice, California.

The versatile star Orson Bean noted for his marvelous role in TV, movie, as well as a comedian, writer, and producer passed away on a gloomy February 7, 2020, Venice, Los Angeles, California.

Bean's death is announced as an accident that happened after two vehicles hit him. Firstly, he was hit by a car due to which he fell on the ground, and subsequently, another vehicle was passing one the way which didn't see Orson and struck him to death.

Snippet of the spot where the incident happened.
SOURCE: NBC

The car coming westbound did not see him and clipped him, and he went down. A second vehicle was coming up, was distracted by people trying to slow him down, and then looked up, and then a second traffic collision occurred, and that one was fatal.

Born on July 22, 1928, Orsan was the father of four adult children Susannah, Ezekiel, Michele, Max, and husband of Alley Mills.

The 'Equalizer 2' star started his career in the 1950s and appeared in more than 100 TV and movie. Some of his hit movies and TV shows are Desperate Housewives, Anatomy of a Murder, The Hobbit, and Instant Karma.

Check Out: Actor Orson Bean hit and killed by car in L.A.

It's a tragedy to lose one of the Hollywood kahunas who has contributed so much to the cinema. Nevertheless, we would like to express our condolence to Orson Bean and his family for the loss. May his departed soul rest in peace in heaven.