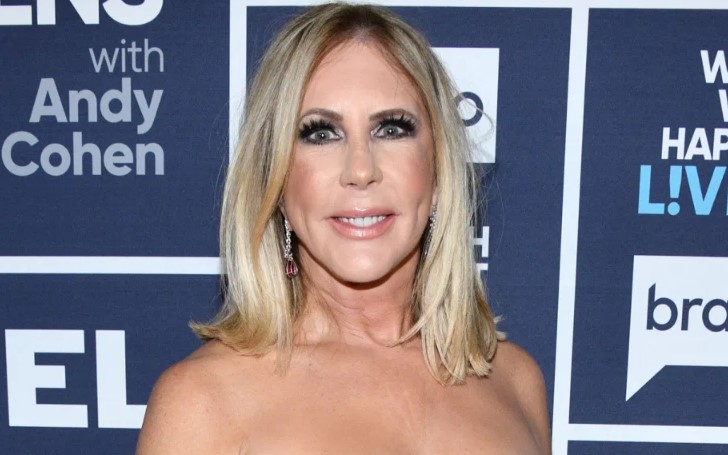 Vicki Gunvalson and her insurance company, Coto Insurance and Financial Services, are safe now as the plaintiff dropped their case.

Good news for all the Vicki Gunvalson's fans. According to one of the media outlets, The Blast, Vicki's fraud case has been dismissed on February 10, 2020.

According to the court document, Gunvalson and her insurance company have been dismissed from the lawsuit filed by Joan Lile. In January of 2019, the 82-year-old filed a case against the reality star accusing her of preying on her confidence and trust.

You May Also Like: Who is Donn Gunvalson? Get All The Interesting Facts About His Relationship and Married Life

Adding to her file, Joan said she and her late husband, Robert Lile purchased a long-term care insurance policy in 1996 which they believed would ensure that if one of them dies, the other person would be able to get benefit of premium medical insurance as they thought Vicki promised them their policy would include 'Lifetime Waiver of All Premiums for a Surviving Spouse.'

The port of the lawsuit read, "This SWOP benefit was of utmost importance to the Liles because Robert Lile was significantly older than Joan Lile and wanted, above all else, to know that his wife would be protected financially upon his passing."

Vicki Gunvalson and her insurance company was alleged of willfully misrepresenting the policy to Joan and Robert for more than 20 years.
Source: Bravo TV

The lawsuit alleged Vicki of willfully misrepresenting the policy to Joan and Robert for more than 20 years. When Mr. Lile died in 2017, Joan was denied all SWOP benefits, though the 82-year-old was still being charged of the premium.

Also Read: Julia Rose is Rumored to Be Dating Jake Paul in 2020 - Find Some Interesting Facts About the Internet Personality

But since all the charges are dropped by the plaintiff herself, Vicki and her insurance company, Coto Insurance, and Financial Services are safe, for now.