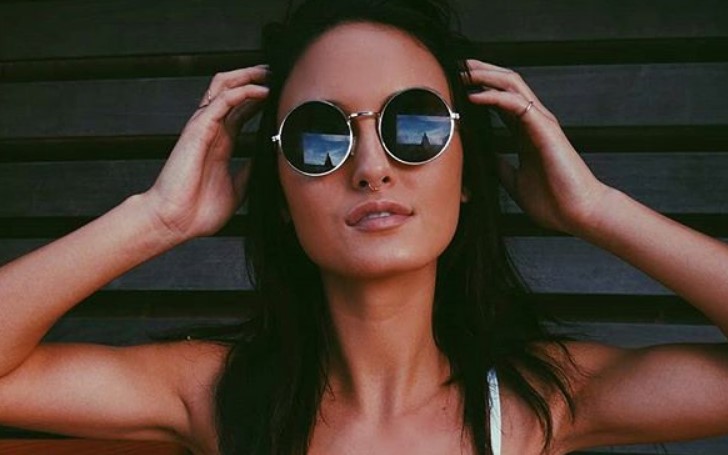 Julia Rose is a internet personality; however, her journey to stardom started from a reality television show, 'Are You The One?' Julia appeared on the fourth edition of the show where she found her perfect match.

Julia Rose originally hails from Texas and was born on December 30, 1993. Following her appearance on MTV's reality show, the 26-year-old TV personality gained popularity to become a glamour model and a fitness enthusiast.

After her massive followers on Instagram, Rose, 26, is a successful social media model and a influencer. The internet model boasts more than 3.8 million followers on her Instagram alone. There are some interesting facts to know about the glamour model; let's just dive right in to find out more about the 26-year-old model.

Julia Rose is Rumored to be Dating Jake Paul

According to one of the most influential media outlets, Page Six, Jake Paul is Julia Rose's boyfriend. How true is rumored romance is still unconfirmed, but we have to go by what the outlet says, Jake has found love with Rose after the breakup with Tana Mongeau.

The claims come six months after the youtuber staged a lavish wedding with Tana. While Jake and Tana Mongeau's wedding was not registered, the pair claimed they were married despite no official documents.

Since fellow YouTubers parted their ways without any further statement, Jake is now dating another controversial internet personality, Julia Rose. The alleged couple was spotted numerous times together, which led people to speculate their romance.

Moreover, some sources even claimed Rose is very supportive of her new boyfriend, but it's still unclear when the duo started dating. Maybe while he was still pretending to be married to Mongeau as all three of them were close from the very first.

Despite experts advising the two were no match and some even suggesting McHugh was cheating on her, the couple furthered their relationship. Moreover, the former couple also got engaged in March of 2019; however, they were initially rumored to be engaged in 2017. But the confirmation of their engagement came only in 2019.

As suspected, their rocky on-and-off relationship did not last long, and the two parted their ways, following which Julia dating Jake speculations started to float on the internet, making us believe, Rose had enough of Stephen's lies. Well, let's hope everything goes well for the alleged couple.

Internet's one of the most controversial personalities, who often makes rounds of the tabloids with her suggestive and NSFW photos on her social media, has garnered a massive following. Be it YouTube or Instagram, she prevails everywhere.

So, it's pretty much easy to guess. Julia is making a lot of money lately with her highly seductive pictures and videos. The 26-year-old is also a co-founder of Shag magazine, which she co-founded with her ex, Stephen McHugh, which is sure to help boost her to grow her wealth in a way.

You May Also Like: Andy Reid wins the SuperBowl; Facts about his Family, Children, and Net Worth

According to the sources, Julia Rose has an estimated net worth of $560,000. The fortune she holds is not even surprising as sponsors are all lined up for the model, and it won't be shocking if she reaches a million marks any time soon by this year. The possibilities are endless.