home Entertainment Andy Reid wins the SuperBowl; Facts about his Family, Children, and Net Worth

Andy Reid wins the SuperBowl; Facts about his Family, Children, and Net Worth 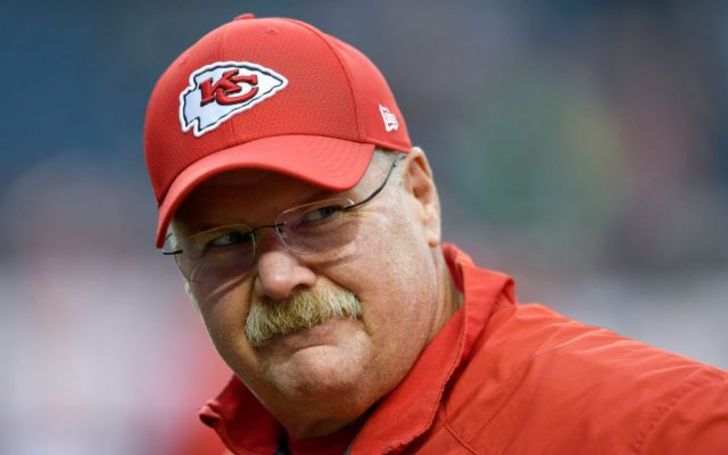 Head coach Andy Reid took the team of Kansas City Chiefs for their second win in the Super Bowl LIV since 1970. The success was coach Reid's first super bowl win. The team took a smashing hit by scoring 31-20 against the San Francisco 49ers.

Reid became a prominent name in the National Football League for being NFL head coach for an impressive 21 years. So, let us get some in-depth knowledge about the super bowl winning coach.

Andy was born in the city of Los Angeles, California, to artist father Walter Reid and radiologist mother, Elizabeth Reid. He attended 'John Marshall High School' while working as a vendor at 'Dodger Stadium' as a teenager.

The NFL coach is married to wife Tammy since 1981. The couple met in the early 80s at Brigham Young University and were in a relationship ever since.

The couple have been together since more than three decades.
Source: Just Jared

The adorable couple is together for an impressive 38 years. Wife, Tammy is a stay at home mom who is said to be the coach's backbone through all his thick and thins.

According to PlayerWives, Mrs. Reid is the only one who still calls Andy by the name 'Andrew,' and it was also the reason Andy didn't ask her right away after the couple met.

Son, Britt was also a drug addict. Now he is the defensive line coach of the Chiefs and works beneath his father. Whereas, the younger son Spencer is a graduate of Temple University. There isn't much news regarding the other kids.

Net Worth, Salary and Income of Andy

Andy is an impressive holder of the position of being the Fifth highest-paid NFL coach and also 15th highest-paid coach in the whole America. As per the contract with Kansas City Chiefs, the coach's got a hold over a whopping $30 million. He's got an annual salary of 7.5 million dollars.

Andy Reid's Net Worth is a whopping $25 Million.
Source: The spun

Not only that, but Reid is also on the NFL Competition Committee's Coaches Subcommittee. The Super Bowl-winning coach was also associated with Philadelphia Eagles since 1999 while earning an annual salary of 5.5 million dollars.

You May Also Like: NFL Quarterback C.J. Beathard Facts; His Girlfriend, Family, and Brother

Andy owns a villa worth $2.3 million in Villanova, where he lives with his family. By evaluating all the income of the head coach, it ranges up-to an impressive mark of $25 million.

Though Reid doesn't like to show much, he still drives an antique car from the 1940s bought by his dad. The vehicle was initially purchased at $25; however, it probably took Reid around $50,000 to restore it. Well, it was nothing the millionaire couldn't afford.