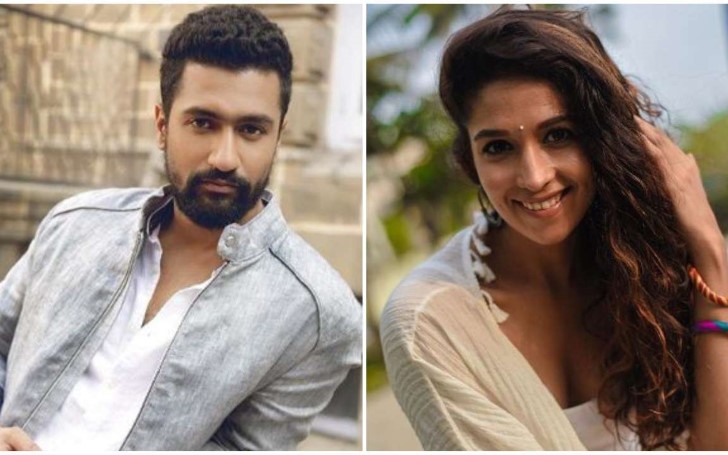 Are Vicky Kaushal and Harleen Sethi the new amour in the Indian Film Industry??

Back in the month of November 2018, the B-town was assembling arrays of headlines captioned around the love life of Vicky Kaushal, the actor who played the character of Kamlesh in the last summer’s biopic hit, Sanju.

The 30-year-old Indian actor who has been seeing huge growth in his fan following lately was once rumored to be in a relationship with Harleen Sethi, an actress known for the movie like Bites (2017), Broken but Beautiful (2018) and Gabru: Hip Hop Ke Shehzaade (2018).

In fact, the actor himself was dropping major hints about dating Sethi through his appearance in shows like Neha Dhupia’s, No Filter Neha. Since then, there had been a steady flow of information about their alleged link-up. So are they for real?

Well, the answers for these sort of mysteries are devilishly hard to construe given the actors themselves remaining mulishly silent when it is especially about either their beau or mistress. However, Kaushal isn’t that much of a shy guy, who rather chooses to completely confine his heart (not at least, when the veteran filmmaker, himself is curious).

And so it happened when the Mumbai born actor confirmed that he is indeed in a relationship on Koffee with Karan. Though the fact remains, he never mentioned any peculiar name after that. So the speculations have been rifling that the mysterious lady must be none other than Sethi, herself. Since then, there has been a cascade of theories about their alleged relationship.

Though neither of the actors has confirmed the romance, Harleen as for herself is still giving the trade publishers to add more in her and Kaushal's otherwise purported fling. As when she turned up at the special screening of Vicky's latest film Uri: The Surgical Strike in Mumbai, the almost set-to-let-go-of-it media were again rammed up for pouring their own thesis upon the casual meet up.

Vicky is also seen supporting Harleen during the launch of her web series with Vikrant Massey. During his appearance on Neha Dhupia’s show, when the host asked Vicky which person he would like to swipe right (super like) on Tinder, with Harleen among the options, he said that he would like to swipe up many times for Harleen, saying “Right, super up, up-Upmatlab Jitna Chadh Jaaye.”

In the meantime Kaushal is having yet another boom in his career with his recent war sensation URI: Surgical Strike currently en route to surpassing 200 crores at the ticket window.