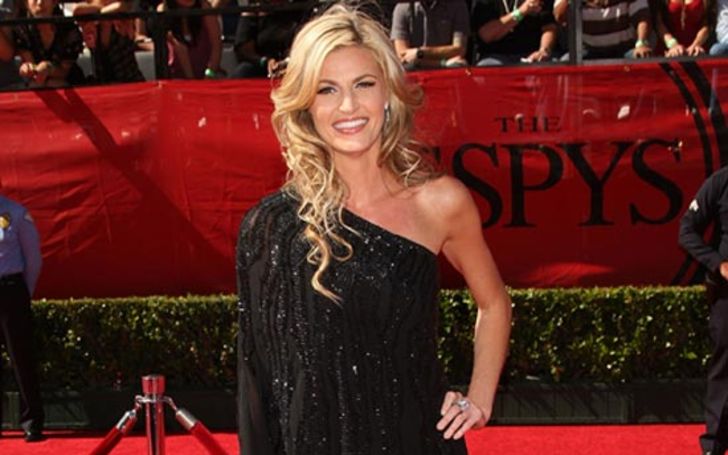 Wendi Nix is quite secretive when it comes to her marital life with husband Joe Ritchie. Here's what we know about the duo's relationship.

The gorgeous sports reporter was in a marital relationship for a long time with ex-husband Ben Cherington, a former general manager of 'Boston Red Sox'. The couple decided to call quits to their marriage in 2010. However, the news was kept under wraps until Nix disclosed information about it later on.

The couple shared two daughters during their time together who are currently living with Nix after the divorce.

Just as the reasons behind ESPN star's previous failed union, little is known about Wendy's current husband, Joe Ritchie. Wendi pretty much keeps every detail about Ritchie a secret.

Finding comfort in Joe, options and commodities trader, Nix got married to him, which she revealed in 2016 through her twitter handle.

Cherington's ex-wife dedicated a birthday tweet to Joe Ritchie on January 21, 2015. She tweeted a photo of herself with her daughters.

Though the NFL Live star is reluctant to officially confirm the rumors, she frequently tweets about her husband's love for football.

Speculating Wendi's tweets, it is conclusive that Joe is a New York Jets fan while Nix herself is a Carolina Panthers supporter.

Wendi also frequently tweets about her husband's harsh language during a game.

Why do you think Wix is so keen on keeping her husband hidden? Could it be because Joe is actually a big deal in the trading community?