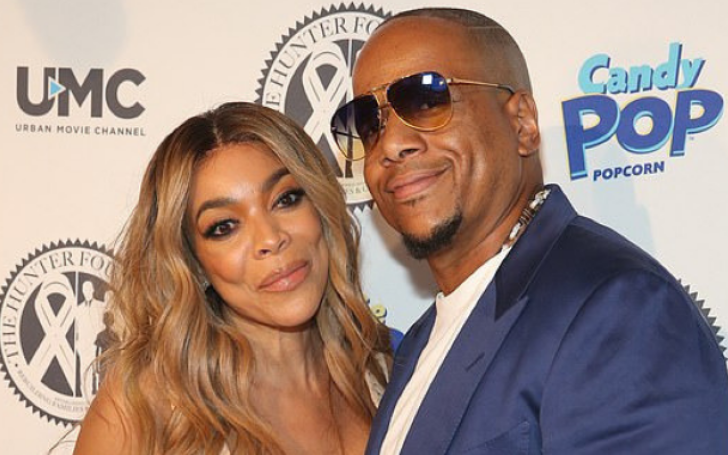 Wendy Williams is set to provide a huge pay-off to her estranged husband.

The 54-year-old talk show host filed for divorce from Kevin Hunter last week after 21 years of marriage. Her spouse is currently negotiating a payment package that will see him cut all ties with her eponymously-titled programme. Hunter currently serves as an executive producer, as well as part-owning his wife's production company, which co-produces the show.

Rather than fighting the divorce, Kevin is reportedly hoping to collect a huge settlement in exchange for leaving his job. While the negotiations to financial agreements proceed, he is expected to walk away from the show as a formality.

Much to the delight of the crew, the businessman will not be allowed on set anymore. Apparently "nobody liked him" and they are reportedly "celebrating" his departure. Moreover, his credit will be removed from the titles soon.

The exit deal, however, is likely to be anything but smooth as the former couple share an 18-year-old son Kevin Hunter Jr. together. Moreover, they have a lot of shared assets in both their personal and professional lives.

Kevin is believed to want their huge fortune to be distributed equally since they have both played an active role in accumulating success over the years. Moreover, he's been an integral part of his wife's career from the very beginning.

Although Kevin refused to confirm speculation he had been unfaithful, he recently admitted he is "not proud" of his behavior. He released a statement where he said,

"I am not proud of my recent actions and take full accountability and apologize to my wife, my family, and her amazing fans.

"I am going through a time of self-reflection and am trying to right some wrongs."

The producer continued: "28 years ago I met an amazing woman: Wendy Williams. At the time, I didn't realize that she would not only become my wife but would also change the face of entertainment and the world.

"I have dedicated most of our lives to the business empire that is Wendy Williams Hunter, a person that I truly love and respect unconditionally.

"No matter what the outcome is or what the future holds, we are still The Hunter Family and I will continue to work with and fully support my wife in this business and through any and all obstacles she may face living her new life of sobriety, while I also work on mine.

"I ask that you please give me and my family privacy as we heal. Thank you."