home Entertainment What is Cynthia Erivo's Net Worth in 2021? Learn all the Details Here

What is Cynthia Erivo's Net Worth in 2021? Learn all the Details Here 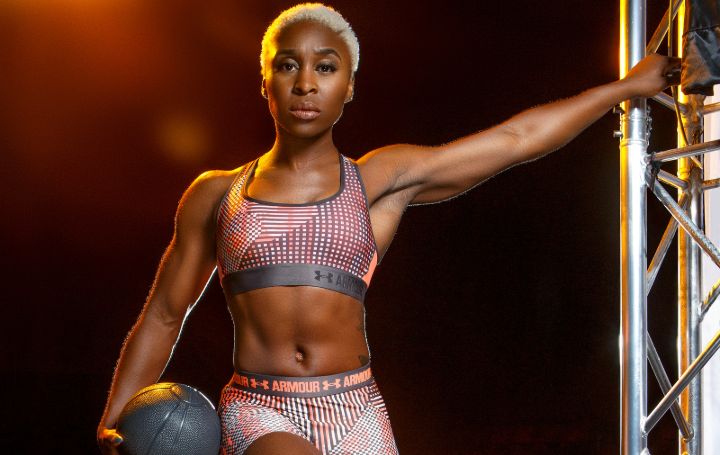 Cynthia Erivo's Net Worth in 2021. How Much is the multi-talented star valued?

The famous English actress, singer, and songwriter Cynthia Onyedinmanasu Chinasaokwu Erivo, aka Cynthia Erivo, was born on 08 January 1987 and rewarded with various awards, including Daytime Emmy Award, a Grammy Award, and a Tony Award. She is known for the role of abolitionist Harriet Tubman in the biopic of Harriet.

Talking about early life and education, Erivo was born in a Nigerian family in Stockwell, London. She completed her school at La Retraite Roman Catholic Girl's School and graduated from the Royal Academy Of Dramatic Art.

Besides films, Erivo has done various television shows, theatres, albums, and many more. She had sung different hit songs like Stand Up, I am Here, The Color Purple, Nobody, Fly Before You Fall, etc. To get information about her net worth and career, have a glance below.

What is the Net Worth of Cynthia Erivo in 2021?

According to an online source, Cynthia Erivo's net worth is estimated to be $3 million in 2021. She has been earning from her acting and singing career throughout the year. In comparison, actress Ella Balinska has a net worth of around $1.9 million.

Cynthia Erivo's net worth is estimated up to $3 million in 2021.
Photo Source: Allure

As mentioned above, the actress has won several awards through her impressive performances. Some of her achievements are 2016 The best actress in a Musical For The Color Purple, Drama Desk Award For Outstanding Actress in a Musical, A Grammy Award for Best Musical Theatre Album, and a Daytime Emmy Award for Outstanding Musical Performance in a Daytime Program and also got nominated for two Golden Globe Awards for Harriet in 2020.

How Did Cynthia Erivo Start Her Acting Career?

Before appearing on television, Cynthia Erivo used to do theatre, from which she started her career in acting. She started performing theatre in 2011, and the production name was The Umbrellas of Cherbourg as the role Madeleine. Likewise, Sister Act, Lift, The Color Purple, Dessa Rose, The Last Five Years, and so on.

Before appearing on television, Cynthia Erivo used to do theatre.
Photo Source: Pinterest

From 2015, Erivo started doing television shows like Chewing Gum, The Tunnel, Broad City, Sunny Day, American Idol, and all the rest. And starting 2018, she began to enact in the films like Widows, Bad Times At the EI Royale. In 2019, Harriet and Chaos Walking (released on 05 March), Needle In a Timestack, Pinnochio, and many more in 2021, which is not released yet.

Don't Miss: What is Ladd Drummond's Net Worth? Learn About His Earnings and Wealth Here

The Grammy Award-winning actress is also interested in singing and has also sung various songs and loves to write the songs. Besides her career in acting, she also has a singing career. She is giving her best in both acting and singing careers.